The young entrepreneur, Benyamin Ahmed, who created the digital whale at the age of 12, had started learning coding at the age of five with his brother Yousef. 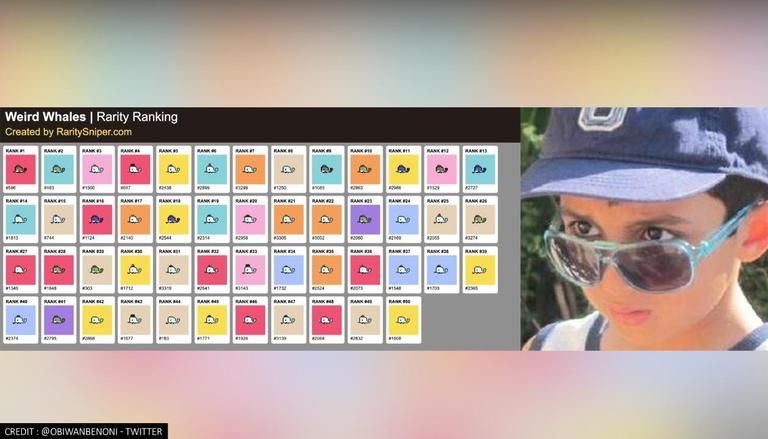 
Usually, an ordinary man has to spend his entire life to accumulate Rs 20-30 lakh. However, a 12-year-old schoolboy has already earned a "hefty amount", which is enough to buy a 2-BHK home in the posh area of Mumbai. According to the reports of CNBC, the teenager coder, hailing from London, UK, has earned $400,000 (approximately Rs 2.94 crores) from a collection of digital whales that are selling as a Non-fungible token (NFTs) during the school holidays. It is worth noting that a non-fungible token is a unit of data stored on a digital ledger, called a blockchain. It is different from cryptocurrency as it certifies a unique digital asset and is therefore not interchangeable. NFTs can represent items such as photos, videos, audio, and other types of digital files.

The young entrepreneur, Benyamin Ahmed, who created the digital whale at the age of 12, had started learning coding at the age of five with his brother Yousef. According to a report by BBC, his father, who is a software developer, motivated both brothers to start coding at a very early age. The report also said that the teenager coder has begun working on a superhero-themed collection based on an 'underwater whale game'. According to his father, he had started teaching coding to his son as a fun exercise. However, both of his sons grasped the coding so well; his father began training both of them seriously. Now, the boys have been practising for nearly 20 or 30 minutes each day.

During the conversation with the national broadcaster of the United Kingdom, the dad of two sons advised the other children not to indulge in coding to earn money. He suggested the children work on their space, their area of interest and warned that if they start coding after watching others making money, they may land into trouble. The proud father advised the children to follow their passion, not the others. "Do whatever you want. Either it is cooking or dancing, all have the same capability if someone has confidence in its art," added the father.