President of Freedom of the Press Edward Snowden alleged that Facebook CEO Mark Zuckerberg has never cared about the law or "social equities." 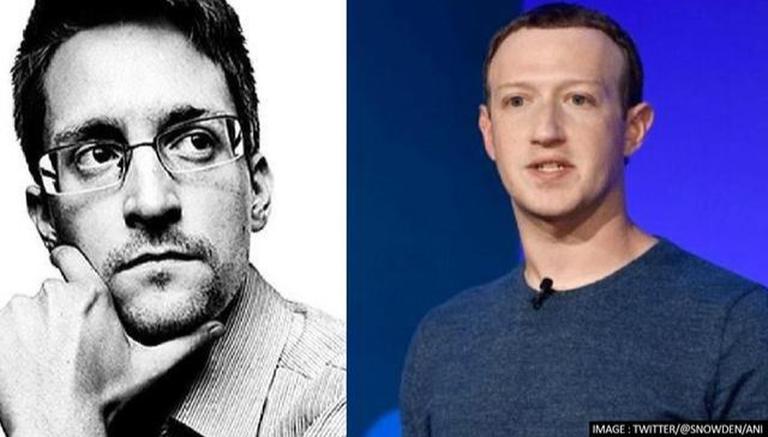 
Taking a dig at the social media post by Facebook Chief Executive Officer (CEO) Mark Zuckerberg, President of Freedom of the Press Edward Snowden alleged that the social media giant has never cared about the law or "social equities." "Don't fall for it," he said. The statement from Snowden came in response to Zuckerberg's clarification post regarding the recent outage and the allegations levelled by former Facebook Product Manager Frances Haugen. Haugen, a Data Scientist, who has since been identified as 'Frances Haugen the whistleblower', has revealed how the social media giant prefered its profit over the public good. According to the "60 Minutes" interview, she stated that the founder and CEO of Facebook Mark Zuckerberg has always preferred the company's interests over the social evil.

Meanwhile, refuting the allegations, Zuckerberg said, "At the heart of these accusations is this idea that we prioritize profit over safety and well-being. That's just not true. Further, he added that the platform cares "deeply about issues like safety, well-being and mental health. "Now that today's testimony is over, I wanted to reflect on the public debate we're in. We're committed to doing the best work we can, but at some level, the right body to assess tradeoffs between social equities is our democratically elected Congress. For example, what is the right age for teens to be able to use internet services? How should internet services verify people's ages? And how should companies balance teens' privacy while giving parents visibility into their activity?," Zuckerberg wrote on Facebook in response to the whistleblower's claim.

Since 2004, Facebook has never cared about the law or "social equities." Don't fall for it.

Zuckerberg suggests Congressional action now only because he is confident the result will serve him—modestly burdening the affluent Facebook, but totally crushing its upstart competitors. https://t.co/ZzmGPKoRuP

Meanwhile, posting a screengrab of Zuckerberg's post, Snowden slammed Facebook for projecting the company as the real victim of the "national scandal". Criticising Zuckerberg, Snowden said that instead of taking responsibility, the CEO was suggesting that the Congress invoke legal restrictions on teens over the use of internet services, suggested identifying verification mandates and limiting teen privacy by providing options to their parents. He alleged that the social media giant knew that the Congressional action would  in its favour. It is worth noting Snowden, now a journalist, is a former computer intelligence consultant who leaked highly classified information from the National Security Agency in 2013 when he was an employee and subcontractor for the Central Intelligence Agency (CIA).

Zuckerberg's clarification post after the outage and Congressional testimony:

What were the allegations levelled by Frances Haugen?

Former Facebook Product Manager Frances Haugen told a congressional testimony on Tuesday that the social network was allegedly aware that it inflicted harm on the mental health of teenagers but did not do much to prevent content promoting "hate and division." According to Haugen, Zuckerberg precipitately turned off shields intended to impede misinformation and rabble-rousing soon after the US Presidential election results declared the victory of Joe Biden. The Facebook whistleblower alleged that the company had dissolved her unit which was working on civic integrity after the Presidential elections last year. However, Facebook CEO refuted her claims.