Meghan Markle book’s drawings and illustration is done by award-winning artist Christian Robinson and also has an audio version that is available. 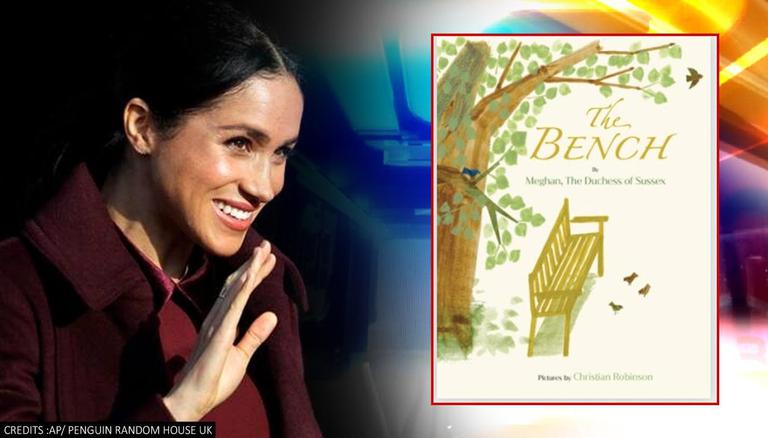 
The Duchess of Sussex, Meghan Markle has written a children's book for Penguin Random House titled The Bench, inspired by her husband the Duke of Sussex Harry, and their 2-year-old son Archie which outlines the “special bond between father and son as seen through a mother’s eyes”. Meghan’s book also contains a nod to daughter Lilibet “Lili” Diana, who was born on Friday. The book was dedicated to “the man and the boy who make my heart go pump-pump”, Meghan said in the foreword, according to the publisher Penguin Random House, UK. The 39-year-old Meghan’s first children’s book gives a snapshot of her life in Montecito, Southern California that “evoke a deep sense of warmth, connection, and compassion.”

‘The Bench’, the children’s book by Duchess Meghan is avaible now! pic.twitter.com/r9WsruVJyw

The other significant arrival from Meghan, Duchess of Sussex this week is her debut picture book, illustrated by Christian Robinson. The Bench is out today and very much available in shops and online: https://t.co/CBRl3J5GXh pic.twitter.com/KJfWnkilLq

'This is your bench, Where you’ll witness great joy. From here you will rest, See the growth of our boy,’ read the lines on the book’s illustrations.

The drawings feature a ginger-haired man [Harry] helping a young boy [their son Archie] feed chickens as a dark-haired woman Meghan herself cradles a baby girl at some distance, which is her daughter Lili recently born to the family. Further in the illustrations, a black father is seen asleep on a bench holding his son who clutches a toy giraffe in one hand and his father’s hand in the other.  The corresponding text reads, “From here you will rest, see the growth of our boy.” In a separate illustration, a father-son duo wears pink tutus and is seen performing the ballet dance. And yet in another, the two are seen playing joyfully with toy dinosaurs.

Congrats to Meghan, The Duchess of Sussex, who just gave birth to a daughter. While we can't tell her in person, we can celebrate her new children’s picture book THE BENCH illustrated by @theartoffunnews out 6/8 about a sweet father-son relationship. https://t.co/xlvyurPSIv pic.twitter.com/atFwGm6o6D 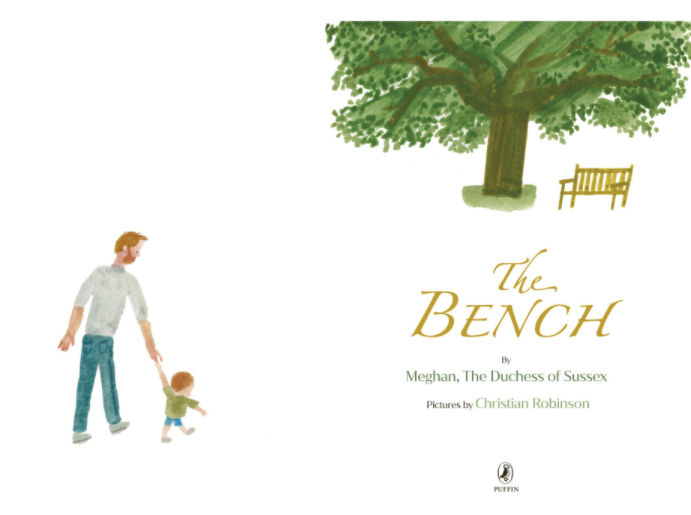 “When life feels in shambles, you’ll help him find order," Meghan wrote in the book.

Harry and Meghan have eight chicks as pets that they rescued from a solitary unit farm. The chickens have since stayed in the couple’s California home worth £11million. The barn is named “Archie’s Chick Inn” after the couple’s 2-year-old son, Meghan had told Oprah Winfrey at her much spoken about interview back in March. Meghan’s debut publication also features their two dogs, a black Labrador named Pula and a beagle named Guy. 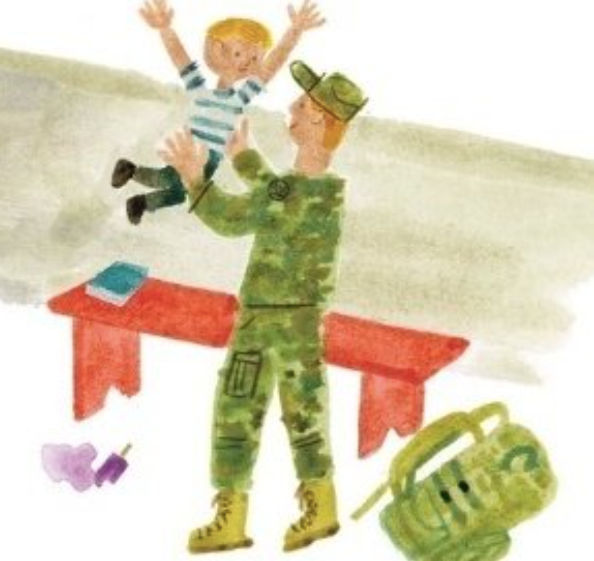 The book’s drawings and illustration is a work done by award-winning artist Christian Robinson. The publication also has an audio version that is available. It is priced at $18.99 and has been released on Jun 08, 2021. The Duchess of Sussex’s book, who is also a mother, wife, feminist, and activist, reminds the families about many ways that love can take shape and be expressed in a modern family, according to Penguin. It evokes a deep sense of warmth, connection, and compassion as it reflects on the “enduring moments between a diverse group of fathers and sons—moments of peace and reflection, trust and belief, discovery and learning, and lasting comfort.”