At least 19 people, including nine children, died on Sunday after a catastrophic fire tore through an apartment block in New York City, US. 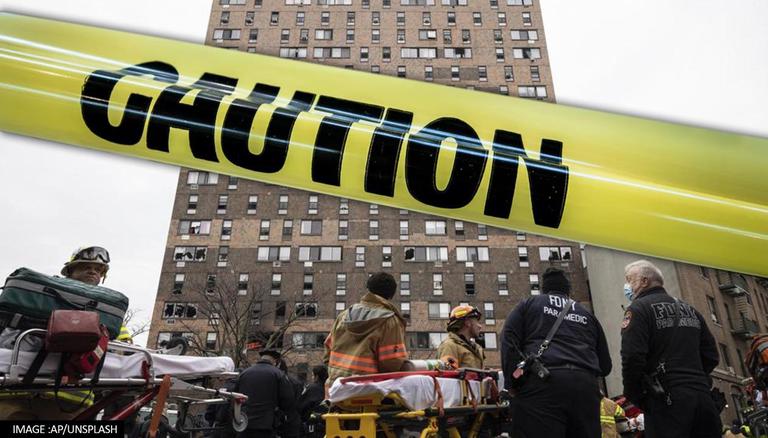 
At least 19 people, including nine children, died on Sunday after a catastrophic fire tore through an apartment block in New York City. According to AP, New York City Mayor Eric Adams confirmed the “horrific” number of dead in the Bronx apartment building fire. A faulty space heater on a chilly weekend morning sparked the fire that filled the high-rise Bronx apartment building with thick smoke, injuring over 60 people - out of which 13 are still in critical condition in the hospital.

“This is a horrific, horrific, painful moment for the city of New York and the impact of this fire is going to really bring a level of just pain and despair in our city," Mayor Eric Adams said at the scene.

"This is going to be one of the worst fires that we have witnessed during modern times," he added.

We've lost 19 of our neighbors today. It's a tragedy beyond measure. Join me in praying for those we lost, especially the 9 innocent young lives that were cut short. https://t.co/YWQyBLyLK8

Separately, the NYC Fire Department commissioner informed that the majority of victims were suffering from severe smoke inhalation. Around 200 firefighters responded to the blaze at the 19-storey building on East 181st Street. An investigation found that the fire started in a “malfunctioning electric space heater” in an apartment unit spanning the second and third floors.

Firefighters found victims on every floor and were taking them out in cardiac and respiratory arrest. According to reports, some firefighters even ran out of oxygen in their tanks, however, they pushed through anyway to rescue people from the building. Now as many people need places to stay, the police said that Angelo Patri Middle School has been opened for any of the residents displaced by the blaze.