'No Doubt' That The US Undercounted COVID-19 Related Fatalities: Dr. Anthony Fauci

There is “no doubt” that the US has undercounted its number of COVID-19 related fatalities, White House chief medical advisor Dr Anthony Fauci said on May 9. 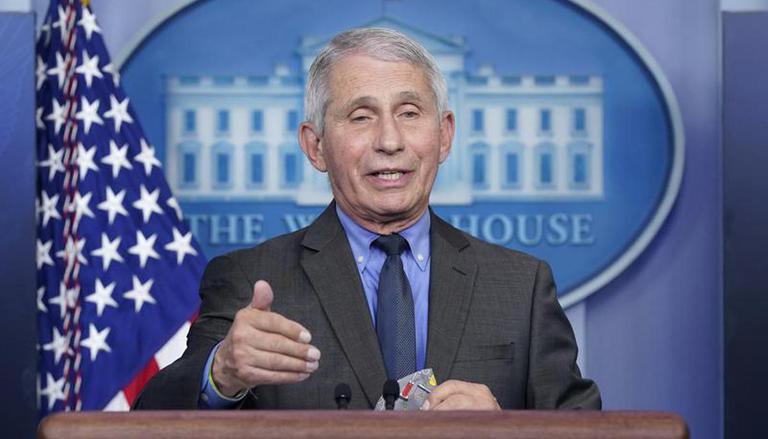 
There is “no doubt” that the US has undercounted its number of COVID-19 related fatalities, White House chief medical advisor Dr Anthony Fauci said on May 9. According to the official toll, roughly 581,572 people have lost their lives to coronavirus across the American territory, however, a recent study by the University of Washington concluded that the toll could have been 900,000. Speaking about the same at NBC network’s Meet the Press, Fauci said that 900,000 was "a bit more" than what he thought the undercounting was. However, he admitted that there was, 'no doubt' an undercounting of deaths.

Since the lethal SARS-CoV-2 crossed international boundaries, the US has registered over 32.6 million cases of infection. While the country successfully started its mass vaccination earlier this year, its pace has slowed down in recent weeks. Speaking on the same, the Director of the National Institute of Allergy and Infectious Diseases, recommended the use of “trusted messengers” to overcome skepticism and obstinate behaviour against the jabs. Fauci asserted that these "messengers" could include sports or entertainment figures or consist of clergymen or even “your family doctor".

Earlier this week, Fauci said that the Food and Drug Administration (FDA) is likely to authorize the emergency use of Pfizer’s COVID vaccine in adolescents “within several days”. In late April, the regulatory body approved vaccines for all ages—16 years and above, taking the country a step closer to achieving herd immunity. Now, speaking to NBC network, the top infectious disease expert expressed his belief that it would not take “longer than several days” to get the FDA go-ahead.  Advisers to the Centers for Disease Control and Prevention are scheduled to meet May 12 to review the use of Pfizer’s shot in adolescents, a CDC spokeswoman confirmed to Bloomberg News in an email.