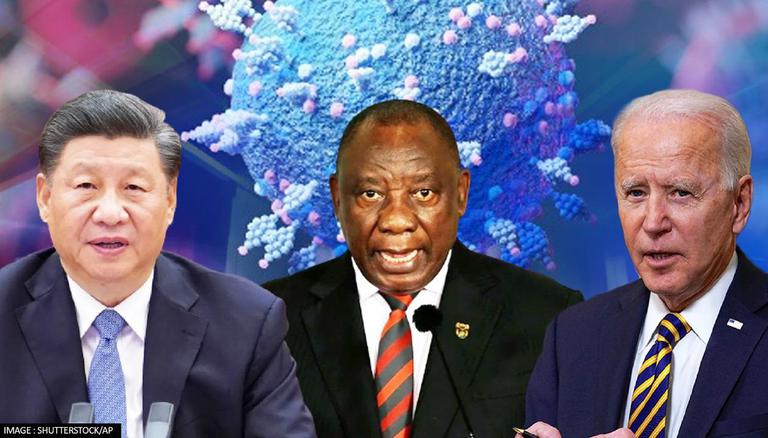 
After Secretary of State Antony Blinken held a telephonic conversation with South Africa's international relations and cooperation minister, Naledi Pandor, the United States on Saturday praised South Africa for its vigilance in identifying the new COVID-19 strain ‘Omicron’ as opposed to lethargic China. US hailed the South African government for ‘transparency’ in sharing the vital information related to the B.1.1.529 strain of the SARS-CoV-2 first reported in Botswana, Belgium, Hong Kong followed by the single confirmed case in Israel.

US praises South Africa’s scientists for 'quick identification' of Omicron

Since the first transmission of the novel respiratory virus SARS-CoV-2 during the initial days of the year 2020, the United States has consistently lambasted Beijing for not being ‘forthcoming’ on transparency aspect with respect to the Coronavirus’ origin, which China claimed had spread in the Wuhan wet market in December 2019. Coronavirus has since taken 5.2 million lives, globally.

“Secretary Blinken specifically praised South Africa’s scientists for the quick identification of the Omicron variant and South Africa’s government for its transparency in sharing this information, which should serve as a model for the world,” a statement by the US Department of State read.

A US intelligence report compiled during the former Trump administration’s tenure had also revealed that the novel SARS-CoV-2 was genetically altered at a Wuhan lab. Scientists worldwide claimed that China indulged in “deliberate destruction, concealment or contamination of data” at the lab after the SARS-CoV-2’s accidental spread and that the Chinese scientists and whistleblowers who had first learned of the virus leak were either silenced or had disappeared.

Coronavirus spread was theorised as a consequence of "gain-of-function experiments" that were being conducted in Wuhan laboratory by a former British spy chief Sir Richard Dearlove, head of the Secret Intelligence Service, MI6, between 1999 and 2004.

"The world deserves answers,” US President Joe Biden had told a White House conference. “Responsible nations do not shirk these kinds of responsibilities to the rest of the world,” he asserted.

But as the new heavily mutated variant of the novel COVID-19 was detected in South Africa, that turned a major "cause for concern” for the virologists, South African health authorities scrambled to alert the world about the strain’s "awful spike mutation profile”. Secretary Blinken acknowledged the South African scientific community for raising alarm about the Omicron variant and South Africa's government cooperation in conveying necessary research and information to the rest of the countries of the world, which Blinken lauded, as per the statement issued by the US Department of State.

Hailing the African continent of its honesty,  Secretary Blinken affirmed continued cooperation to Foreign Minister Pandor, as he also emphasized the importance of partnership between the United States, the African Union, South Africa, and the other impacted nations in Africa. Blinken promised to help vaccinate the African population and combat the impacts of COVID-19.