Only 100 Afghan Refugees Have Got Admission Into US, Dozens Stuck In Transit: Report

Only 100 out of 28,000 Afghans who applied for temporary admissions into the United States have gotten approved to date, Associated Press reported. 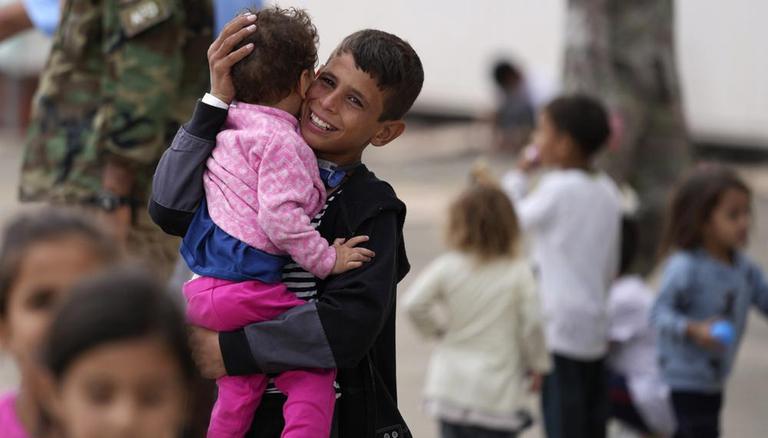 
Only 100 out of 28,000 Afghans, who applied for temporary admissions into the United States have gotten approved to date, Associated Press reported on Thursday citing US federal officials. Since the Taliban took over Kabul and established its ultra-austere rule there, hundreds of thousands of Afghan natives, as well as foreign nationals, have fled the conflict-hit country, subsequently seeking asylum in the west. Those who landed in the US, now await their incorporation in local communities and resettlement under a lesser-known programme known as Humanitarian Parole.

However, the backlog for humanitarian parole is huge and the US Citizenship and  Immigration services are finding it difficult to keep up with the ever-surging applications. On the other hand, the sloth speed process has ired Afghan families who say it jeopardizes the safety of their loved ones, who face an uncertain future under the hard-line Islamic government because of their ties to the West. In addendum, almost all of them have paid hundreds of thousands of dollars in processing fees.

Each parole application comes with a $575 filing charge, meaning USCIS, which is primarily fee-funded, is sitting on some $11.5 million from Afghans in the last few months alone, she and other advocates complain.

“People are desperate to get their families out,” said St. Pierre, whose nonprofit has filed more than 50 parole applications for Afghan nationals. “Do we not owe a duty to the people left behind, especially when they are following our immigration laws and using the options they have?”

Notably, American troops evacuated more than 73,000 refugees under its Operation Allies Welcome. While most of them have landed on American soil, more than 2,000 still remain overseas waiting for clearance in their transit process, according to a report by AP. Meanwhile, those who have made it to the country have been temporarily settled in multiple military bases and await resettlement.

Late in October, the Biden administration announced plans to resettle around 55,600 Afghan evacuees from the US military bases to permanent houses, ANI cited local media. Resettling such a large number of Afghan refugees from US military bases to permanent houses would bring a massive change to the resettlement program since 1980, ANI reported citing Khaama Press. A large number of Afghan people who have worked for the United States in Afghanistan have been living in refugee camps that have been established by the authorities in American military bases.

WE RECOMMEND
Afghanistan's Taliban government urges US to unfreeze its assets
US Congressmen introduce resolution to end recognition of Putin as Russian Prez after 2024
US to investigate Instagram's negative impact on teens’ physical and mental health
Pro-Iranian forces carried out 'suicide' drone attack on US base in Syria in Oct: Report
US Senate approves Congressional Gold Medals for troops killed in Kabul airport blast