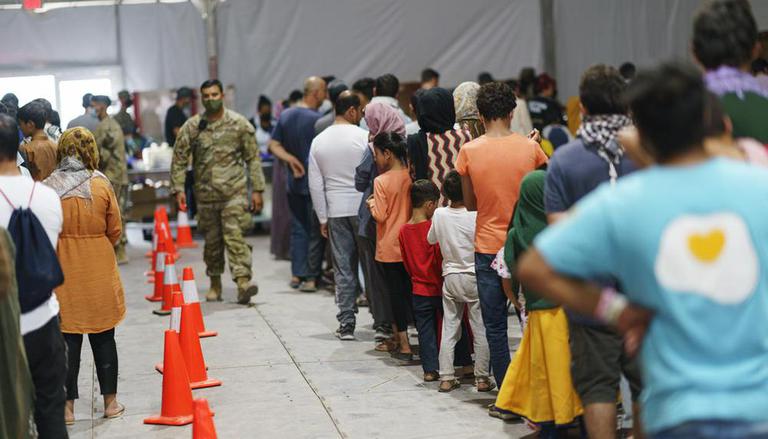 
New York State Governor Kathy Hochul on September 16 said that over 200 Afghans were forced to leave their nation due to US President Joe Biden’s ‘chaotic’ withdrawal of troops that also resulted in the Taliban’s takeover. In a statement on Thursday, Hochul said that the hundreds of Afghan nationals account for roughly a fifth of the refugees bound for the Empire State.

The figures released by her office show that the largest contingent of the 1,143 Afghan evacuees to be sheltered in New York are bound for the Buffalo area. It will be home to 335 refugees. Hochul’s office also noted that the five boroughs of the ‘Big Apple’ and nearby suburbs will house the second-biggest share of 240 Afghans.

"New York has a storied history of welcoming those seeking a safe haven from violence and persecution -a proud tradition our state continues today by helping evacuees from Afghanistan rebuild," Governor Hochul said.

She added, "The heart-wrenching images and stories of people fleeing their homeland were a call to action that New York State is more than willing to answer. We welcome our new Afghan friends with open arms and pledge to provide them the assistance they can rely on to rebuild anew."

Our Bureau of Refugee Services and the resettlement agencies it assists are ready to ensure arriving Afghans have the assistance they need. If you’re an immigrant or refugee looking for services in New York State, you can call the @NYSNewAmericans hotline at 1-800-566-7636.

Just on September 15, the Biden administration began notifying governors and state refugee coordinators across the nation about how many evacuees from among the first group of nearly 37,000 arrivals are set to be housed in their respective states.  According to the State Department data for the Afghan Placement and Assistance program obtained by The Associated Press, California is also projected to take in over 5,200 Afghans.

Notably, Alabama and Mississippi are set to welcome 10. Notably, as per the report, Hawaii, South Dakota, West Virginia, Wyoming and the District of Columbia will not resettle anyone from the first group of Afghan nationals who were repatriated in the final days of the US evacuation mission.

Biden overruled top cabinet officials on the US troop withdrawal

Meanwhile, in the latest blow for US President Joe Biden, a new book that will be published next week has claimed that he overruled US Secretary of State Antony Blinken and Defence Secretary Lloyd Austin’s advice of slowing down American troop withdrawal from Afghanistan. Since Biden ramped up the US troop withdrawal from Afghanistan and the Taliban reconquered the country after 20 years, he has repeatedly claimed that all his decisions were taken after the advice of his cabinet. However, in ‘Peril’ authored by Washington Post’s Bob Woodward and Robert Costa, have claimed otherwise.

According to the copy of ‘Peril’ obtained by CNN, Biden was ‘hellbent’ not to let the military stop him from withdrawing from Afghanistan. The book also stated how former US President Donald Trump’s influence reflects in Biden’s presidency. The US President’s top advisers were resistant to the troop withdrawal but Biden, according to the book, was resolute on getting them out. He even believed that the military had ‘manipulated’ the 44th US President Barack Obama, under whom, Biden served as the US vice president and watched officials discuss the decades-old issue of war in Afghanistan.