Talk about shaking a leg (or four), a video of a bride and her dog dancing is gaining some serious traction online.

Ever since the video was uploaded on her popular Facebook account which is handled by Sara herself, it has been viewed over 9.7 million times. Sara has previously competed in 'America's Got Talent'. The dance was performed after the wedding last Saturday in Las Vegas. The performance won the hearts of the audience who were just too delighted.

Here's show Twitterati reacted after watching the unique video. One of the users tweeted saying that Hero was the 'Best Dog' in the wedding:

READ | Woman Accidentally Leaves Pet Cat In The Washing Machine For A Full Cycle, Here's What Happened Next

Another user tweeted and said that this is truly the wedding of her dreams:

"On that note: I guess this lady married a human but this is the ace/aro wedding of my dreams"

On that note: I guess this lady married a human but this is the ace/aro wedding of my dreams: https://t.co/VNTIB4EBvj

Many other users reacted and expressed their happiness after watching the video. Sara said that

"Everyone was so excited to see Hero perform,"

She also asserted that Hero was the most special dog among the five canines she has:

"I own five dogs and Hero is the most special of them all.

Sara said that she was glad that Hero stood by her side on the biggest day of her life.

"I had always hoped he would be around for the big day and it truly made it special being able to perform with him." 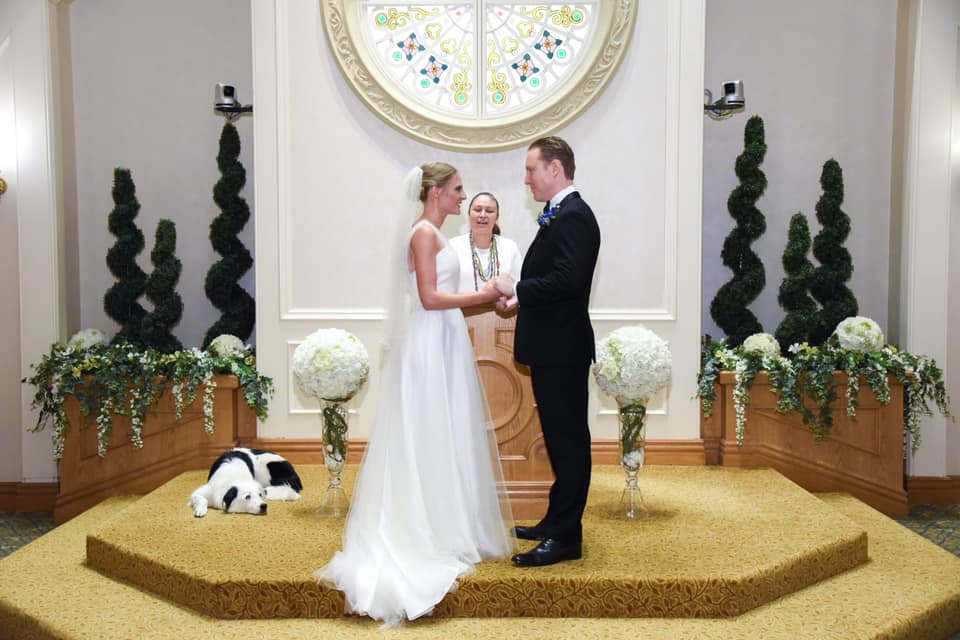 Sara is a professional dog trainer who runs a pack of five canines. She has named her group as 'The Super Collies'. All five of her dogs are well trained and engage in impressive performances and stunts