Pentagon doesn't see need for deconfliction line with Russia in Ukraine as US' military personnel have direct lines of communication with Russian counterparts. 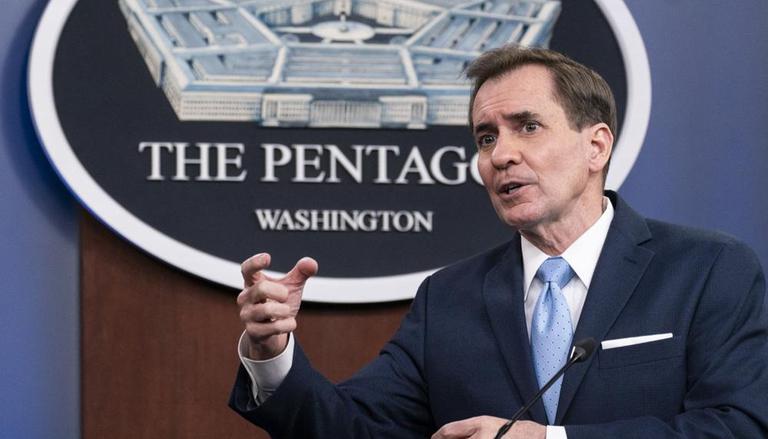 
The Pentagon does not see the need for a deconfliction line with Russia in Ukraine since United States' military personnel already have direct lines of communication with their Russian counterparts, Pentagon spokesperson John F. Kirby said on January 14. When asked about the situation in Ukraine, Kirby stated that no one wants to see another invasion and incursion into Ukraine, and that the US Defence department believes there is time and space for "diplomacy."

In a statement released by US Defence Department on January 14, Kirby added, "We have and we will continue to provide security assistance to Ukraine to help them better defend themselves. And that will continue."

Tensions in the region have risen in recent weeks as a result of an alleged Russian troop buildup near the Ukrainian border and claims of invasion preparations. Moscow has vehemently refuted the allegations, citing NATO military activity near its borders as a threat to Russian national security. Russia has also stated that it has the legal authority to mobilise military within its own borders.

This week, officials from the United States, NATO, and Russia met for a series of meetings to discuss bilateral matters and European security, with a focus on risk reduction and arms control. In late 2021, as hostilities in the Ukraine escalated and Moscow released its security recommendations to NATO and the United States. Russia specifically wanted assurances that the coalition would not expand eastward. The United States, however, argued that no one will be able to close NATO's open-door policy.

READ | US says 'drumbeat of war sounding loud' after talks with Russia on Ukraine crisis: Report

On being asked how the US will establish that Russia is preparing the groundwork or fabricating a pretext for an invasion, the Pentagon spokesman used the Crimean incursion as an example, saying that Russia has done so in the past and that there are other signs of a prospective attack of Ukraine.

John Kirby noted, "We do have information that indicates that Russia is already working actively to create a pretext for a -- for a potential invasion, for -- you know, a move on Ukraine. In fact, we have information that they pre-positioned a group of operatives to conduct what we call a false flag operation, an operation designed to look like an attack on them or their -- or Russian-speaking people in Ukraine, again, as an excuse to go in."