Pfizer is set to produce a tailor-made vaccine against the Omicron variant of COVID-19 and will be ready in March, the company's CEO Albert Bourla said. 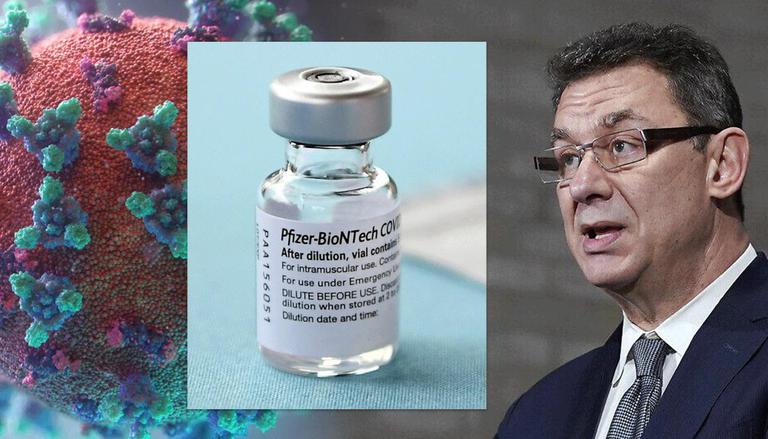 
Pfizer is set to produce a tailor-made vaccine against the Omicron variant of COVID-19 and will be ready in March, the company's CEO Albert Bourla informed on Monday. Bourla highlighted that the said vaccine will also target other variants that are currently circulating. The potential Omicron vaccine is being developed "at risk," which was also earlier done for Beta and Delta variants.

Bourla announced the March timeline first while speaking at an interview with CNBC. "This vaccine will be ready in March. We are already starting manufacturing some (of) these quantities at risk," he had said. However, he also emphasised that it is still not clear whether or not the Omicron-targeted vaccine is currently needed and its future usage, yet the pharma company is instrumental in developing the doses since "some countries" want it ready shortly.

“The hope is that we will achieve something that will have way, way better protection particularly against infections, because the protection against the hospitalizations and the severe disease — it is reasonable right now, with the current vaccines as long as you are having let’s say the third dose,” Bourla told CNBC's Squawk Box on Monday.

Pfizer has already begun work on a DNA template tailored to the sequence of Omicron, Bourla further informed while speaking to Fox News. The announcement come at the heels after the pharma giant earlier promised to launch a tailored vaccine against Omicron within roughly 100 days. In addition, the said vaccine, which is subject to regulatory approval, also comes after the third dose of the current BNT162b2 displayed diminished effectiveness against Omicron and other variants.

As cases linked to the Omicron variant of COVID-19 have swept the United Kingdom and the United States, the Food and Drug Administration (FDA) earlier this month expanded the emergency use authorisation (EUA) of booster doses to individuals below 12 years of age. FDA also lowered the gap between the second and third shots from six to five months.

Meanwhile, a study by UK Health Security Agency (UKHSA) revealed that the Pfizer-Moderna vaccine's efficacy against symptomatic infections dropped to 10% within two weeks after the second dose. In another subsequent study, the agency noted that after the third dose protection among older adults, i.e. aged 65 or above, has remained at about 90%. The agency concluded that there was no need for a second booster dose as of now. The report echoed the stance of White House Chief Medical Advisor Anthony Fauci, who had said last month that the current three-dose regimen is working against Omicron strain.

Meanwhile, on January 10, the UK reported 142,224 new cases and 77 COVID-related deaths in 28 days of a positive test. Similarly in the US,  rates of COVID19 cases have remained high with the last 7-day average of daily new cases standing at 586,391, which is an 85.7% increase from the previous week. So far 89 countries across the world have reported cases of the Omicron variant, which was first reported from South Africa's Gauteng province in early November.