Pfizer plans to seek emergency use authorization by US Food and Drug Administration (FDA) for a COVID-19 booster dose in August, said the company in a statement 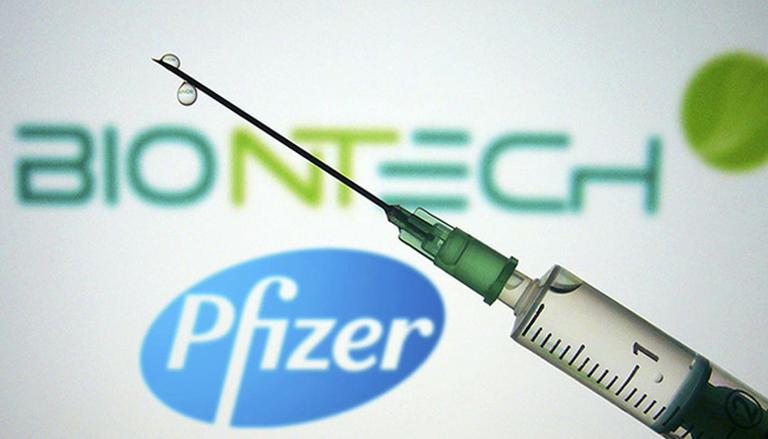 
With studies showing 90% effectiveness of both Pfizer and Moderna vaccines, Pfizer plans to seek emergency use authorization by US Food and Drug Administration (FDA) for a COVID-19 booster dose in August, said the company in a statement on Thursday. Based on data from a recent study, Pfizer said that its vaccine showed strong neutralization against the Delta variant after two doses. It anticipates that the antibodies will be higher after a third dose and are performing clinical trials to determine the same.

As we continue to be led by the science, today we are providing an update on our comprehensive #COVID19 vaccine booster strategy in light of emerging data including data relating to the #DeltaVariant. https://t.co/P0XmAGrxlt pic.twitter.com/JZ5JIIKwHC

"Initial data from the study demonstrate that a booster dose given 6 months after the second dose has a consistent tolerability profile while eliciting high neutralization titers against the wild type and the Beta variant, which are 5 to 10 times higher than after two primary doses.  In addition, data from a recent Nature paper demonstrate that after dose 2 of BNT162b2 have strong neutralization titers against the Delta variant (B.1.617.2 lineage) in laboratory tests.  The companies anticipate that a third dose will boost those antibody titers even higher, similar to how the third dose performs for the Beta variant (B.1.351)," read its statement.

It added, "During this period the Delta variant is becoming the dominant variant in Israel as well as many other countries. That is why we have said, and we continue to believe that it is likely, based on the totality of the data we have to date, that a third dose may be needed within 6 to 12 months after full vaccination. While protection against severe disease remained high across the full 6 months, a decline in efficacy against symptomatic disease over time and the continued emergence of variants are expected".

FDA & CDC: 'No need of booster dose at this time'

Hours later, the US govt bodies - FDA, CDC, and NIH (the National Institutes of Health) issued a joint statement saying that "Americans who have been fully vaccinated do not need a booster shot at this time". In its statement, the US health bodies said it takes into laboratory data, clinical trial data, and cohort data -- which can include data from specific pharmaceutical companies, but does not rely on those data exclusively. It concluded that while the data was being reviewed, they are prepared for booster doses if scientifically demonstrated to be needed.

On Tuesday, a US study revealed that Pfizer and Moderna vaccines are 91% effective in fighting against the COVID-19 virus. 91% effectiveness will be seen after two weeks of the second jab.  The result stated that only 5 %(204) participants have tested positive for SARS-CoV-2, out of which, 156 were not vaccinated, 32 had indeterminate vaccine status and 16 were completely or partially vaccinated. The presence of fever was reduced by 58% in those who still got infected and the need for bed during sickness was reduced by 60% only.  From around nine to three days, the detection of the virus was decreased by 70%. Also, the virus becomes very less transmissible to others, after getting fully or partially vaccinated with Pfizer or Moderna.