The Prince has been charged with "first-degree rape" after allegations that he forced Virginia Giuffre to get intimate with him in 2001 when she was just 17. 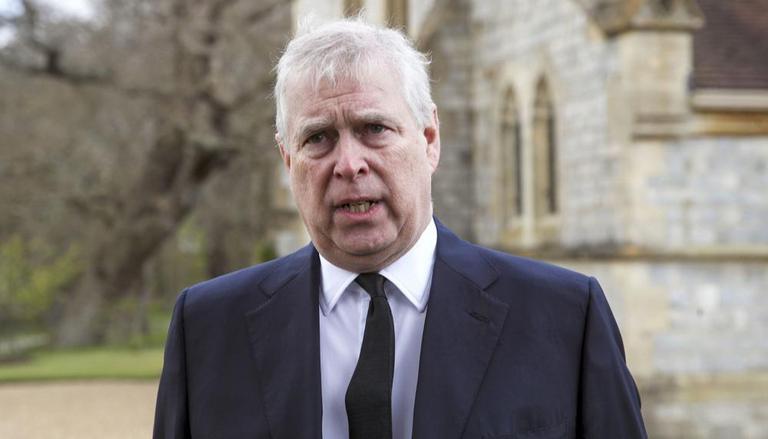 
In a court filing on Tuesday (Dec. 28), lawyers of Britain's Prince Andrew stated that a lawsuit filed by an American alleging Andrew of sexual abuse of her when she was 17 may have to be dismissed as she no longer lives in the United States.

According to attorneys Andrew Brettler and Melissa Lerner, complainant Virginia Giuffre has been residing in Australia for the last two years, and hence cannot claim to be a resident of Colorado, US, where she has not lived since 2019, reported the Associated Press (AP). Giuffre filed a lawsuit in August claiming that Prince Andrew abused her several times in 2001.

The Prince has been charged with "first-degree rape" after allegations that he forced Giuffre to get intimate with him in 2001 when she was being trafficked across the world by the royal's late paedophile associate Jeffrey Epstein. However, Andrew's attorneys have repeatedly stated that the Prince "unequivocally" dismisses Giuffre's "false" charges.

Earlier in October, the Prince's lawyers also urged the court to dismiss the case claiming Giuffre has filed this frivolous lawsuit in order to get a "payday" at the Duke's expense and those closest to him.

The lawyers further stated that Giuffre may have been the victim of sexual assault by Epstein, who committed suicide in 2019 while awaiting a sex-trafficking prosecution. They also suggested that the latest information about Giuffre's residence should lead to the suspension of any further progress in the case towards trial.

They added that the depositions of Andrew and Giuffre should also be halted until the issue of whether the latter is eligible to sue the Prince in the US is resolved. They also asked the judge to order Giuffre to answer to written legal queries regarding her residence and to take a two-hour deposition on the subject.

Another attempt by Prince Andrew to escape legal merits of the case: Giuffre's lawyer

Meanwhile, Sigrid McCawley, an attorney for Giuffre, described the plea to dismiss the case as "simply another old attempt by Prince Andrew to escape the legal merits of the case."

According to the prince's lawyers, Giuffre has an Australian driver's licence and lives in a $1.9 million mansion in Perth with her Australian spouse.

"Even if Ms. Giuffre’s Australian domicile could not be established as early as October 2015, there can be no real dispute that she was permanently living there with an intent to remain there as of 2019 — still two years before she filed this action against Prince Andrew," the lawyers wrote, as per AP.

WE RECOMMEND
China urges US to take 'prompt measures' to keep Musk’s satellites away from space station
US Woman delivers baby; gets a $550,000 hospital bill despite having health insurance
US derides 'Chinese propaganda', says Biden’s Olympics diplomatic boycott still stands
China tests Beijing-3 satellite that captures Hi-Res images of US city in seconds: Report
Maxwell was allowed to 'breeze' through Buckingham Palace by Prince Andrew: Report