UK-based Population Matters announced the couple would receive an award of £501 (Rs 51,763) for their "enlightened decision" to limit their progeny. 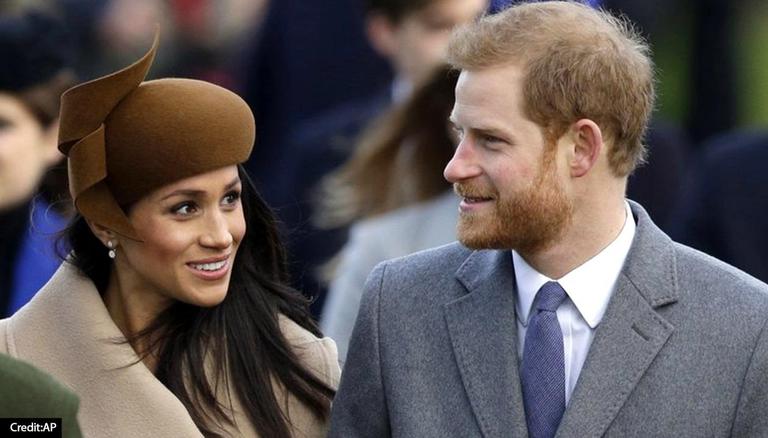 
Prince Harry and Meghan Markle, on July 13, were awarded a $695 felicitation by an environmental British charity for announcing they would only have two kids for the sake of saving the world. In 2019, the Royal couple told British Vogue that they would make an environmental choice to have only two children in an effort to combat overpopulation, climate, change and excess wastage.

UK-based Population Matters announced the couple would receive an award of £501 (Rs 51,763) for their "enlightened decision" to limit their progeny to 2-year-old Archie and newborn Lilibet Diana. A representative for Population Matters told media that Harry and Markle's award "recognised an unusual set of circumstances" as the Duke and Duchess of Sussex are a couple with such a "high public profile speaking about this".

In a statement about their award, Population Matters stated on their official website, "When probably the most famous couple in the world say they choose to stop at two, they help to popularise and normalise that choice. We know in the UK, for instance, that about a quarter of all people want to have more than two children. Everyone is entitled and has a right to the family size they choose, and that should never be limited by anyone else. But that doesn't mean we shouldn't recognise that when people in high-consuming countries like the UK have bigger families, that has a hugely disproportionate effect on the planet, because of the amount we consume and the emissions we produce."

In an interesting clarification, Population Matters even said, "We didn't, of course, give the Sussexes an award for having two children- which is far from unique- but for the context in which they have done it."

On the official website, the UK-based environmental charitable entity even wrote, "The richest have the greatest responsibility, both to change and campaign for change. That's certainly the case with the very wealthy, such as the Sussexes, but applies to all of us who live lives of comfort in high-income countries."

On July 11, popularly known as World Population Day, the award was made public taking hundreds and thousands of years for the world population to grown to 1 billion, but or then in just another 200 years or so, it has grown sevenfold. The United Nations have launched the holiday to bring awareness amongst ascending global population and the forces they have on the environment.

Recently, the UN voiced its concern over the matter and even urged the leaders around the world to help lead more "responsible" population growth.