Apollo 11 command pilot Collins travelled the spaceship up to 238,000 miles to the moon and came within 69 miles, but he did not get down on the lunar surface.


Apollo 11 astronaut Michael Collins, who piloted the three-man Apollo 11 crew which included Neil Armstrong and Buzz Aldrin that made the first historic landing on the moon in 1969, had died aged 90. Collins lost his battle to cancer. "We regret to share that our beloved father and grandfather passed away today, after a valiant battle with cancer,” the family said in a statement. "He spent his final days peacefully, with his family by his side. Mike always faced the challenge of life with grace and humility, and faced this, his final challenge, in the same way. We will miss him terribly. Yet we also know how lucky Mike felt to have lived the life he did,” it added. 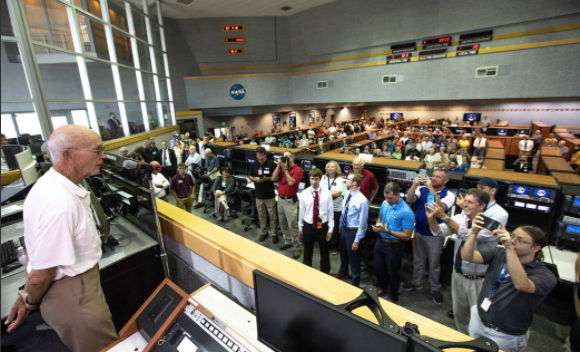 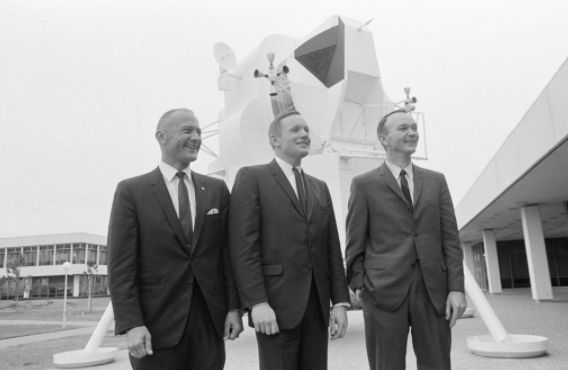 [On Jan. 9, 1969, NASA announced the prime crew of the Apollo 11 lunar landing mission. This portrait was taken on Jan. 10, the day after the announcement of the crew assignment. From left to right are lunar module pilot Buzz Aldrin, commander Neil Armstrong; and command module pilot Michael Collins. Credit: NASA]

Collins piloted the command module of the US first manned mission to the moon that was in line with the former President John F. Kennedy's national goal set on May 25, 1961, to send the first human from the US to the moon by the end of the 1960s. Kennedy had said that the primary objective of the flight would be a crewed lunar landing and return to Earth.

Additional flight objectives included scientific exploration by the lunar module, or LM, crew; deployment of a television camera to transmit signals to Earth; and deployment of a solar wind composition experiment, seismic experiment package, and a Laser Ranging Retroreflector, according to NASA. Apollo 11 launched from Cape Kennedy on July 16, 1969, with Pilot Michael Collins who launched it into an initial Earth-orbit of 114 by 116 miles. Armstrong and Aldrin spent nearly 21 hours, 36 minutes on the moon. Their rest period included seven hours of sleep, the ascent stage engine was fired by Collins at 124 hours, 22 minutes.

'Exploration is an imperative..' Collins said

Even as the command pilot Collins travelled the spaceship up to 238,000 miles to the moon and came within 69 miles, he did not get down on the lunar surface like Aldrin and Armstrong who died in 2012. Mission Control radioed Collins after the landing saying “I don’t mind a bit” when the reporter said that he was the “only person around that doesn't have TV coverage of the scene.” "It's human nature to stretch, to go, to see, to understand," Collins told the televised 10th anniversary of the moon landing in 1979.

“I’ve got the world in my window.”

Michael Collins snapped this photo of the lunar module returning to the command module after landing on the Moon. With the Earth in the background, all of humanity is in this photograph, save Collins himself. pic.twitter.com/5StJrvzB0T

"Exploration is not a choice really - it's an imperative, and it's simply a matter of timing as to when the option is exercised.” He compared his job to the base-camp operator on a mountain climbing expedition. "I know that I would be a liar or a fool if I said that I have the best of the three Apollo 11 seats, but I can say with truth and equanimity that I am perfectly satisfied with the one I have," he wrote in his 1974 autobiography, Carrying the Fire.