A monkey colony that have lived for about seven decades in urban South Florida recently caught the eye of researchers at Florida Atlantic University. 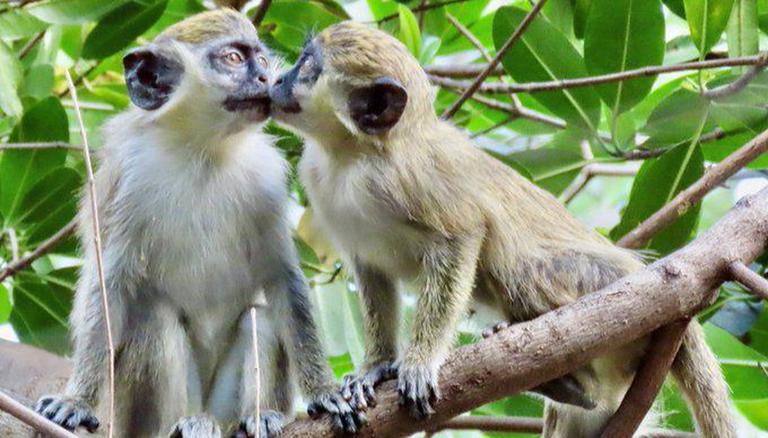 
A colony of monkeys that have lived for about seven decades in urban South Florida recently caught the eye of researchers. While the primates have been living peacefully in the vicinity of a fully functioning airport and several fuel storage tanks, the question about their origin remained unanswered. However, now researchers at Florida Atlantic University (FAU) have said that they have traced their origins to Dania Chimpanzee Farm.

According to Sun-Sentinel, the Dania Chimpanzee Farm witnessed a monkey escape back in 1948. While the officials were able to trace most of the monkeys, several vanished in a mangrove swamp. Now, researchers at FAU have claimed that the monkey colony in South Florida has its origin in the previously disappeared monkeys. The researchers reached the conclusion following an analysis of the monkeys' genetics. According to AP, the monkeys were brought to Florida from Africa and were sold mainly for medical and military research.

Regardless, residents of the Dania Beach area “love them” and are “very protective” of the monkey colony. The community still loves them,” said Deborah “Missy” Williams, lead author of the study, who is in the FAU Biological Sciences Department. “They care for them. They want them protected.”

This comes just weeks after scientists discovered at least five new species of wild animals in the autonomous Tibet region, which includes white-faced monkeys, three unique species of frogs, and a venomous bushmaster snake. The new discovery was a result of an eight-year investigation of the terrestrial wildlife by the regional forestry bureau in the expansive area of approximately 6,346 sq km. According to China’s state-run Global Times, in the second-of-its-kind investigation carried out by the bureau on Monday, scientists also discovered 20 more species that had previously never inhabited the region of Tibet. The newly discovered white-cheeked macaque was the only mammal discovered by the scientists dwelling in the Medog county in Tibet bordering Arunachal Pradesh. In 2015, this rare species of monkey was first discovered by Chinese primatologists Li Cheng, Zhao Chao, and Fan Pengfei.

READ | First human-monkey Chimaera using stem cells created by Salk Institute in America
READ | DYK Nithya Menen began her career with an English film, 'The Monkey Who Knew Too Much'?
First Published: 23rd May, 2021 15:15 IST
SUBSCRIBE TO US