Richard Branson's Wife Nervous About His Spaceflight, Says 'Won't Be Going To His Funeral'

Virgin Galactic founder Richard Branson revealed the reaction of his wife and family regarding the company’s first crewed flight to edge of space on July 11. 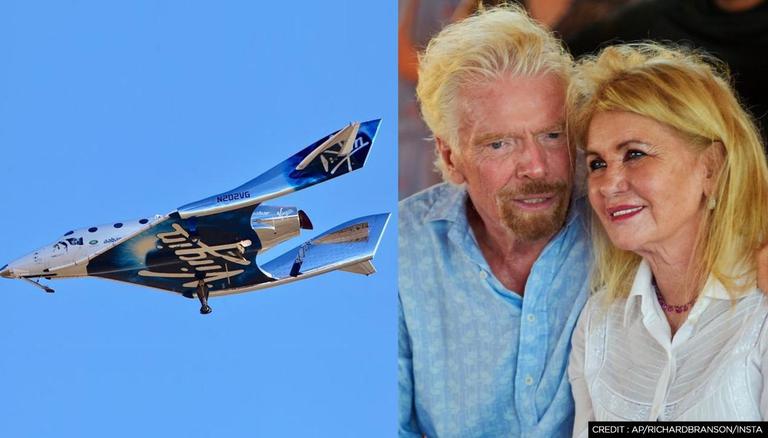 
As Virgin Galactic is readying for its fourth test flight which will be the first to carry a full crew including the founder Richard Branson on July 11, he recently revealed the reaction of his family to the milestone mission. The flight is set to take him along with two pilots and three other specialists to the edge of space where the crew will experience a few minutes before landing back on Earth. However, while Branson has repeatedly expressed how it is “pinch-me moment” for himself and a dream of “17 years,” the Virgin galactic founder has disclosed in the interview ahead of the spaceflight that his wife is nervous about the entire mission.

In an interview this week from Spaceport America near the remote town of Truth or Consequences, New Mexico, Branson noted that his wife, Joan Templeman is supportive but practical about her husband’s sense of adventure, Joan and Richard are married since 1989. Reportedly, he quoted his wife saying ‘I won't be going to his funeral' regarding the historic mission.

According to him, Joan is supportive of all the ventures that he starts but believes in letting him do it. He reportedly said, “That's the kind of lady she is.” However, he previously noted that as a family, their motto is to take risks because ‘cautious do not live at all’ and thus, everyone says ‘yes’ to adventures.

Who is Joan Templeman?

Born in Glasgow, Scotland in 1948, Joan Templeman reportedly became independent at a rather young age and has shifted several jobs. As per reports, she married her childhood lover Ronnie Leahy in 1966 but they got divorced in 1978. Templeman met with the British billionaire in 1976 at his Virgin Records studio and the pair got married in 1989. Reportedly, they got married at Branson’s Necker island which is a 74-acre island at the British Virgin Islands in the Caribbean Sea.

Back in 2016 when the couple had celebrated their 40th wedding anniversary, Branson had even penned a love letter for his wife whom he described as a “Scottish beauty named Joan.” Branson and Templeman have a daughter named Holly who was born in 1981 followed by a son Sam in 1985.

He wrote, “She was beautiful. She was bright. She was witty. She was down to earth. She was fun. And she had eyes made of magic.”