The US is working closely with the EU on the Ryanair plane incident and a probe is being sought, said US Secretary of State Antony Blinken. 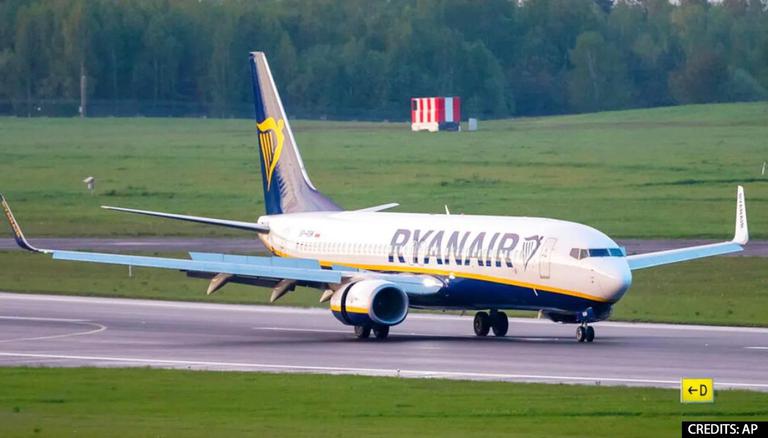 
On Sunday, May 23, US Secretary of State Antony Blinken said that the US is calling for a full investigation into the Ryanair flight emergency landing in Minsk and that the US is cooperating closely with the European Union (EU) in the investigation. According to the US State Department, the incident put the lives of over 120 travellers, including US civilians, in jeopardy.

Blinken said in a statement, The United States strongly condemns the forced diversion of a flight between two EU member states and the subsequent removal and arrest of journalist Raman Pratasevich in Minsk. We demand his immediate release."

The US calls investigation in Ryanair plane incident

Blinken noted, "Initial reports suggesting the involvement of the Belarusian security services and the use of Belarusian military aircraft to escort the plane are deeply concerning and require a full investigation. The US is "coordinating our response with our partners, including the EU and Lithuanian and Greek officials."

Blinken stated that Washington supports convening the Council of the International Civil Aviation Organization (ICAO) "as soon as possible" to review the Ryanair plane emergency landing.

He added, "The United States once again condemns the Lukashenka regime's ongoing harassment and arbitrary detention of journalists. We stand with the Belarusian people in their aspirations for a free, democratic, and prosperous future and support their call for the regime to respect human rights and fundamental freedoms."

According to the Minsk National Airport's press service, a Ryanair flight en route from Athens to Vilnius (Lithuania) was forced to make an emergency landing in Minsk, Belarus. According to the Russian news agency, Roman Protasevich, the operator of a Telegram channel that Minsk has designated as extremist, was detained during the stopover at the airport.

On Sunday evening, the plane was cleared to take off from Minsk and arrived in Vilnius at 18:27 GMT. Meanwhile, the plane captain decided to land in Belarus, according to the Minsk airport. Meanwhile, EU leaders criticized the diverting of a Ryanair flight from Athens to Vilnius to Minsk, Belarus' capital, and cautioned that sanctions against Belarus may be imposed at the EU summit on Monday.

In a communique, European Council President Charles Michel said, "I condemn in the strongest possible terms the forced landing of a Ryanair flight in Minsk, Belarus, on 23 May 2021." President of the European Commission, Ursula von der Leyen, has called for measures against those identified to be responsible for the Ryanair plane's emergency landing in Minsk and has affirmed the EU's stance on Protasevich's immediate release.