US senator Rand Paul on June 4 said that his family had received five telephoned death threats over his recent confrontations with Dr Anthony Fauci. 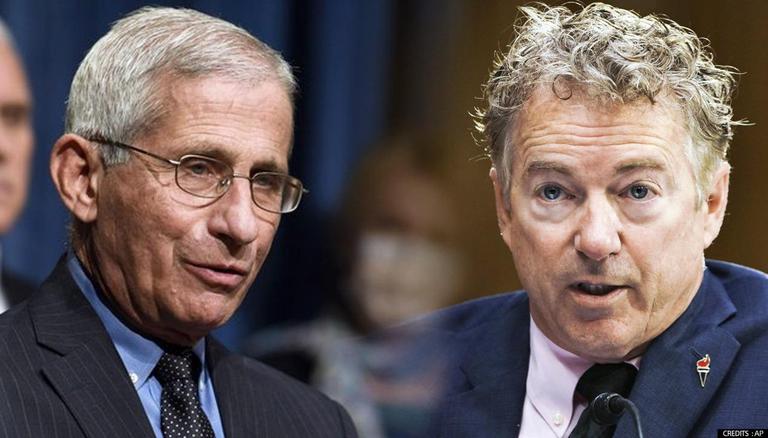 
US senator Rand Paul on June 4 said that his family had received five telephoned death threats over his recent confrontations with White House chief medical advisor Dr Anthony Fauci. While speaking to Fox News, the Republican Senator said that he received death threats just for being “outspoken” and just for asking “honest, difficult questions”. Paul said that even though in the end it was proved that Fauci was not being honest, as a repercussion for asking honest questions, white powder was sent to his house and five deaths threats phoned in.

According to The Hill, Paul’s comments came weeks after it was revealed that the FBI and the US Capitol Police were investigating a suspicious package containing a white powder that was delivered to the Senator’s home. The package reportedly even featured an image of Paul in bandages with a gun to his head. The text accompanying the image stated, “I’ll finish what your neighbour started you motherf****r,” referencing when Paul’s neighbour assaulted him back in 2017, which left the senator with injuries, including broken ribs.

The threats against Paul coincide with his harsh criticism of Fauci over his handling of the coronavirus pandemic. He said that Fauci was too cautious with masks and further accused him of downplaying the prospect that the coronavirus could have been leaked from a lab in China. Paul even accused Fauci of lying about whether grant money funnelled from the National Institutes of Health (NIH) to the Wuhan Institute of Virology went toward making bat coronaviruses more contagious and dangerous to humans.

Fauci calls attacks against him ‘misleading’

Fauci, on the other hand, has defended himself and denied the allegations that had stemmed from his email exchange with US-based EcoHealth Alliance calling it 'nonsense’. Fauci maintained that over the course of 2020-21, out of 10,000 emails that had surfaced from the time period, several new pieces of information had come up and several of his statement had been redacted after newer research into coronavirus. He has even pushed back on recent GOP criticism during an interview on MSNBC, calling attacks against him "misleading" and "distorted”.