Taliban Harassing Journalists 'at All Levels' In Afghanistan Post Takeover: US

US government is raising with Taliban officials whom it engages “at all levels” the growing number of reports that the insurgent group is harassing the press. 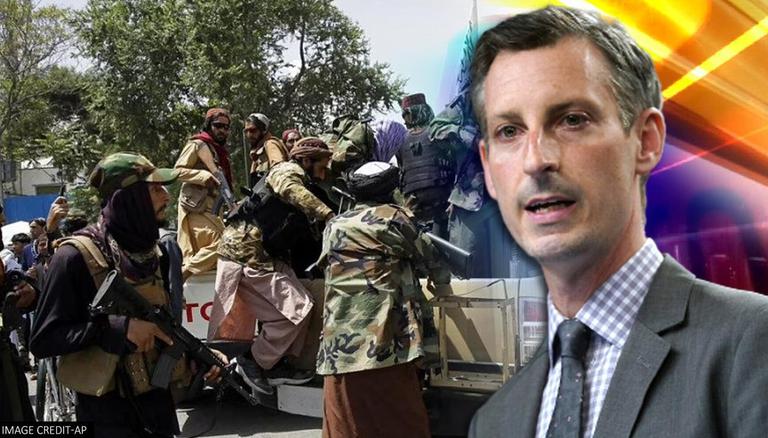 
The US government is raising with Taliban officials whom it engages “at all levels” the growing number of reports that the insurgent group is harassing the press following its takeover of Kabul. While speaking during a press briefing, US State Department Spokesperson Ned Price said, “We're raising them on all levels with our interlocutors” when asked about reports of Taliban harassing media.

Price‘s remarks come after the International Federation of Journalists (IFJ) urged the global community to speed all evacuation and rescue operations for media workers in Afghanistan who are in "grave danger" following the Taliban takeover. Despite Taliban spokesperson Zabihullah Mujahid's comforting statements to the press, the media group claims that attacks on journalists have occurred. Even though Mujahid pledged support for the Afghan media in his first press conference on August 17, the situation on the ground remains difficult and traumatic for both domestic and international journalists.

Taliban insurgents even raided the residences of at least three workers of German public broadcaster Deutsche Welle (DW) and a freelance journalist and interpreter a few days ago. At least homes of three German public broadcaster Deutsche Welle employees were seized, including two who have been reporting from Afghanistan for years and are well-known in the country. According to a news release issued by the DW, many DW employees are living in great danger.

Separately, according to the Afghanistan Independent Journalists Association (AIJA), Ariana TV cameraperson Mahmoud Naimi and Pajhwok News cameraperson Babrak Amirzadeh were beaten up by Taliban militants in Jalalabad, Nangarhar province as they reported on a protest against the Taliban takeover in Afghanistan. A Khurshid TV journalist, Ahmad Navid Kavosh, was beaten up at Hamid Karzai airport while attempting to question a Taliban member.

(With inputs from ANI))

WE RECOMMEND
US President Biden to meet his national security team to discuss Afghanistan situation
US evacuates 7,000 people from Afghanistan, thousands more ready to board planes: Pentagon
China attempts to whitewash Taliban image, hits out at US for 'humiliating' Afghanistan
'Pressurising Taliban to let nationals leave Afghanistan': US Deputy Secretary of State
US may strike Afghanistan to destroy weapons, military bases in Taliban's control: Report