Tenant Leaves Behind 19 Illegal Tarantulas And Giant Python In Rented Home In US; Watch

The images garnered over 700 reactions and tons of comments. While some expressed their anger over the fugitive tenant, some felt sad for the deceased spiders. 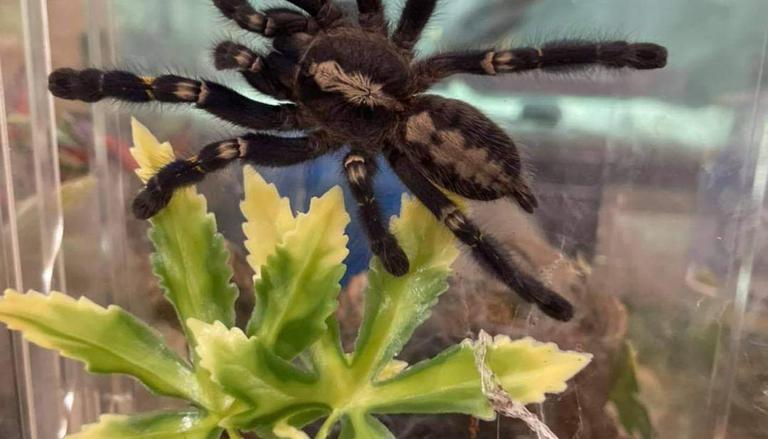 
A bizarre discovery prompted this landlord from Auburn, Maine in the United States, to call for rescue. The unnamed landlord came across 19 illegally stored tarantulas and a python on his property. The cluster of spiders and the giant snake was reportedly left behind by his tenant after he moved out from the apartment. After finding the creepy crawlies, the landlord called renowned rescuer Drew Desjardins. "Received a phone call from a nervous landlord today about some abandoned animals in an apartment in Auburn. 19 tarantulas (4 dead) and all are illegal in Maine and a ball python that had no water. All are doing well now. Never a dull moment in my world," Drew wrote on Facebook. He added exotic animals to his collection.

It is noteworthy that the out-of-the-ordinary spiders are illegal to be kept as pets in Maine. However, Drew preserves these animals and is very proud of them. “The movies show them as being these indestructible creatures that will just come at you if you step on them and jump on people and attack them and run after you and that's not true,” Desjardins told WGME. Not only tarantulas and pythons, wild turkeys, monkeys, alligators and many more are banned from being kept as a pet in Maine.

'Mr. Drew and his animals too'

Desjardins goes by the name Mr. Drew and is a popular face on social media. He is an observer of an outreach programme for neglected and unwanted exotic animals, DailyMail reported. Among his notable collections are some exotic tortoise, kingsnake, an American bullfrog, and a tegu. The Facebook post by Drew is incredible. The post went viral within hours after it was uploaded on social media. The images garnered over 700 reactions and tons of comments. While some expressed their anger over the fugitive tenant, some felt sad for the deceased spiders. "I’m so sad to see this but, so grateful you are here in Maine and the landlord knew to call you for help.  Thank you so much 💙. You all do such great work," one user wrote thanking Drew. Another petrified yet curious reader wrote, "I am terrified of spiders, but this breaks my heart so dang much. ☹🥺 thank you Drew, and the misses. I hope justice comes for those poor T's. What is their fate, where they are illegal?" One among the users also shared an image showing a den of snakes that he reportedly rescued from his "dad's shed."

WE RECOMMEND
US in 'constant touch' with stranded Americans in Afghanistan: Antony Blinken
US no longer superpower after Afghanistan withdrawal, suggests UK Defence Secy Ben Wallace
US: 9-month-old girl on flight carrying Afghan evacuees dies after landing in Philadelphia
Afghanistan crisis: US pressing Pakistan to join fight against ISIS-K & Al-Qaeda
US expects to admit more than 50,000 evacuated Afghans