Former US President Donald Trump speculated that China and Russia could already be reverse-engineering military equipment abandoned in Afghanistan. 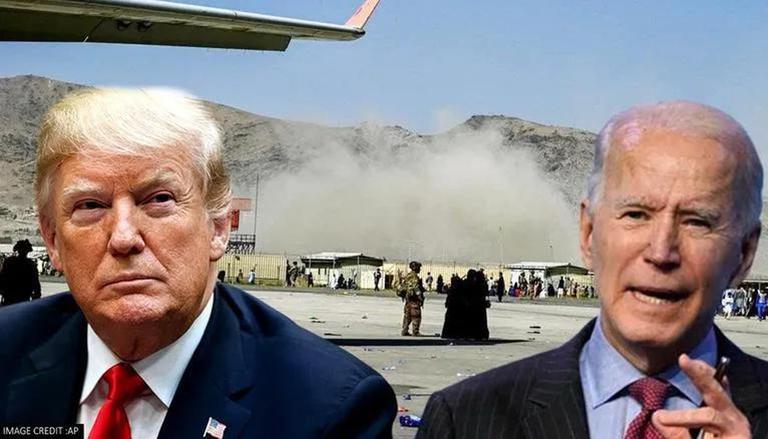 
In yet another verbal shot, former US President Donald Trump slammed the Biden administration’s withdrawal from Afghanistan and speculated that China and Russia could already be reverse-engineering abandoned military equipment left in the war-torn nation. Speaking to Sharyl Attkisson, host of ‘Full Measure’, Trump lashed out at the “incompetent” withdrawal and warned that it will likely endanger the US and benefit its enemies. He claimed that the US adversaries could take advantage of the US military equipment that have been abandoned in Afghanistan.

He added, “These aren't the interpreters that we took. These were people that rushed into the planes, and they were so interested in trying to make it sound like 'Oh, they're doing a good job’. These people, many of these people are going to be terrorists. Okay? They're going to be terrorists. They were very powerful. They were very energetic in getting onto the aircraft.”

Further, the former US President even went on to suggest that the nations’ adversaries are already taking advantage of the weapons, armoured vehicles and aircraft that the US troops left behind. Trump said that he “guarantees” that China and Russia already have the US Apache helicopters and they are taking them apart to find out exactly how they were made. “They're the best in the world by far. And they're taking them apart so they can make the exact same equipment. They're very good at that. It's a disgrace,” Trump said.

Meanwhile, according to CENTCOM, at least 170 pieces of US military equipment were left in Afghanistan. USA Today reported that among the abandoned equipment were at least 70 Mine-Resistant Ambush Protected vehicles, 27 Humvees and 73 aircraft. However, CENTCOM Chief General Kenneth McKenzie informed that most of the military equipment was demilitarised or made inoperable, and those aircraft will never fly again.

But, previously Trump had suggested that the left-out American military equipment in Afghanistan should be "bombed" if it is not returned on demand. Trump lashed out at his successor Joe Biden for handling the end of the 20-year-old war in Afghanistan “badly” and “incompetently". According to Trump, the military equipment should be “demanded” to be returned to the country because it includes “every penny of the $85 billion” in cost.

WE RECOMMEND
Donald Trump '99-100%' likely to run for the US presidency in 2024, close allies reveal
As Donald Trump mistakes ISIS-K for ISIS-X, netizens take a jibe at former US President
Evander Holyfield vs Vitor Belfort: Ex-US Prez Donald Trump to do commentary for epic bout
Donald Trump reproves US Prez Joe Biden for 'badly managed' Afghanistan withdrawal
Donald Trump expresses condolences to kin of US personnel killed in Kabul attacks