In a boxing press conference on Thursday, former US President Donald Trump claimed he would knock out President Joe Biden if they ever fought in the ring. 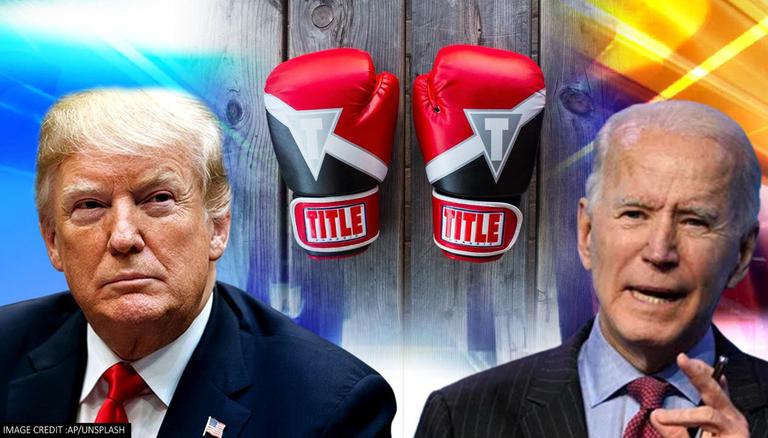 
Former US President Donald Trump has claimed that he would knock out Joe Biden if they ever battled in the ring. On Thursday night (local time), Trump made the hilarious remark while attending the Evander Holyfield vs. Vitor Belfort pre-fight press conference. On Saturday, Trump will be a boxing commentator. The fight between Evander Holyfield and Vitor Belfort will be called by Trump at the Seminole Hard Rock Casino in Hollywood, Florida, about a 50-minute drive from his Mar-a-Lago home.

"Well, if I had to pick somebody in the world, not only a professional boxer — because I’ll take a pass on the professional boxers, that could be a very dangerous subject, but if I had to box somebody, I think probably my easiest fight would be Joe Biden because I think he’d go down within the first few seconds," Trump said.

"I love great fighters and great fights. I look forward to seeing both this Saturday night and sharing my thoughts ringside. You won't want to miss this special event," he noted.

Trump then appeared to make a reference to a 2018 statement by Biden, in which the current president stated he'd "beat the hell" out of his predecessor in the White House if they had ever met in high school. On a “gamecast” of the pay-per-view event, Trump and his eldest son, Donald Trump Jr., will deliver commentary. The event will take place Saturday night at the Seminole Hard Rock Hotel & Casino in Hollywood, Fla. Jim Lampley, HBO's longstanding voice of boxing, will host the main telecast, with former welterweight world champion Shawn Porter providing analysis.

The presence of Holyfield, a longstanding buddy, was "one of the reasons" Trump decided to be a part of the fight presentation, Trump stated on Thursday. "I tell you what, I've known Evander for a long time," the former president remarked. "I've been with him through some fantastic times in his career, and I've watched him go through a rough patch, but he always comes out on top. He's a fantastic guy and a great fighter."

Trump is no stranger to the ring, having organised boxing events at his Atlantic City casino featuring Michael Moorer, Hector Camacho, Roy Jones Jr., and Wladimir Klitschko. In 2000 and 2001, the Trump Taj Mahal held UFC events.

WE RECOMMEND
Donald Trump '99-100%' likely to run for the US presidency in 2024, close allies reveal
Evander Holyfield vs Vitor Belfort: Ex-US Prez Donald Trump to do commentary for epic bout
Donald Trump reproves US Prez Joe Biden for 'badly managed' Afghanistan withdrawal
Donald Trump slams Biden over US' hasty Afghan withdrawal: 'You had to just follow a plan'
As Donald Trump mistakes ISIS-K for ISIS-X, netizens take a jibe at former US President