Former American President Donald Trump, on Saturday, slandered his successor for his plans to roll back the previous administration’s tax cuts. 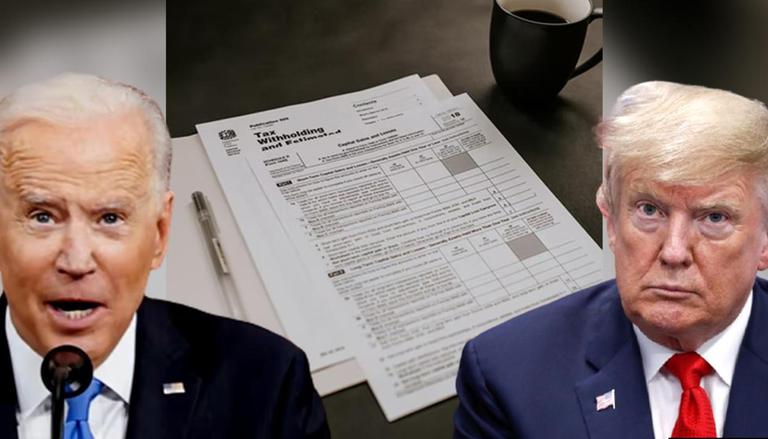 
Former American President Donald Trump, on Saturday, slandered his successor for his plans to roll back the previous administration’s tax cuts, saying the new policy will only benefit China. Speaking at a “Save America” rally in Iowa, the former businessman asserted that Bidens’ plan would raise the businesses tax exponentially, taking them higher than “a place called communist China.” Furthermore, he said that such a situation will lead businesses to move to China, eventually draining funds out of America.

The Biden Administration seeks to increase taxes on the wealthy to fund its US$3.5 billion social spending agenda. For this purpose, the incumbent President has put forward over a dozen changes to the US Tax Code. Additionally, there is also a proposal to increase the cap on corporate tax from the current 21 per cent to 26.5 per cent. Moreover, Biden recently inked an agreement with over 130 countries that would allow them to levy a 15 per cent tax on rich businesses.

The proposed plan, as per Trump, was in contrast to Biden’s promise to “build up America” as it would drain funds to China. “We are incentivising people to go to China,” he told followers. Trump’s stance is supported by the GOP which recently released a statement asserting, “American families and Main Street businesses will be left shouldering the burden of these devastating tax hikes.”

"Look, it isn’t right — isn’t right that 55 of the largest corporations in America, in this country — and I come from the corporate capital of the world. More people — more corporations are incorporated in the state of Delaware than all — every other state combined. But you know how much those 55 companies — I can go on; more than that — they made over $40 billion and they paid zero — zero in federal income tax.
Since the pandemic began, the number of billionaires — and I forget the exact number there are in America — have seen their wealth go up collectively by $1 trillion. $1 trillion. It isn’t fair. It needs to change," said Biden about the Build Back Better Act.