“I’m just not going to leave,” Trump was quoted as saying to his White House aide. “We’re never leaving.How can you leave when you won an election?” he said. 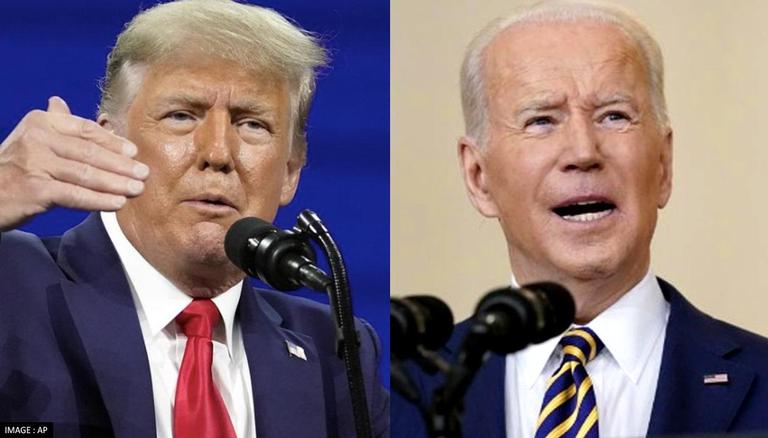 
Former US President Donald Trump was convinced that his unsubstantiated claims and conspiracy theories about the electoral fraud were so "real" that he refused to exit the White House after the 2020 US presidential elections won by then-Democrat candidate Joe Biden. In the new book, Confidence Man, The Times’s Maggie Haberman reveals that Trump refused to believe that his term in office had ended.

In several interviews during the fall of 2020, Trump clarified that he would only exit the White House if the Electoral College voted in December to ratify his election defeat. That vote was also agreed upon by US Congress in ceremonial votes days later, on January 6, the book unravels. In remarks that he later made to his aides about his electoral defeat, Trump said that he had "no plans" to leave the White House. This came despite that Democrat leader Joe Biden would have been sworn in by the chief justice of the Supreme Court as the new president of the United States.

“I’m just not going to leave,” Trump was quoted as saying to his White House aide. “We’re never leaving ... How can you leave when you won an election?” he insisted.

The book also reveals that had Trump refused to leave the White House, he would have been escorted like a normal American citizen out of the White House by Secret Service agents. Haberman writes in her book that Trump floated the idea of staying, refusing to accept the election defeat with the Republican National Committee chairwoman Ronna Romney McDaniel. As the MAGA mob's rampant storming of the Capitol building to stop Biden's certification attracted widespread backlash, on the last day of his presidency Trump agreed to leave.

Even ten months after US President Joe Biden assumed office, former President Trump insisted that he did not "admit to defeat” nor “conceded” the elections to Biden, reiterating that the ballots were compromised. He labelled the 2020 elections as a “national embarrassment” and a “major fraud." "AND I WON THE ELECTION. VOTER FRAUD ALL OVER THE COUNTRY!" Trump wrote in an all-caps tweet before his Twitter and Facebook was suspended, indefinitely.

READ | Donald Trump reveals what Queen told him about UK prime ministers; 'When I asked her....'

Senior advisor to the 45th President of the US, Jared Kushner, and First Lady Melania Trump urged trump to accept the defeat. Trump's campaign team also filed a series of lawsuits contesting the results in key states. US election officials, although, said there was no evidence found about the widespread irregularities that Trump was claiming.