"That [crypto] could be an explosion someday the likes of which we've never seen. It will make big tech explosion look like baby stuff," ex US President warned. 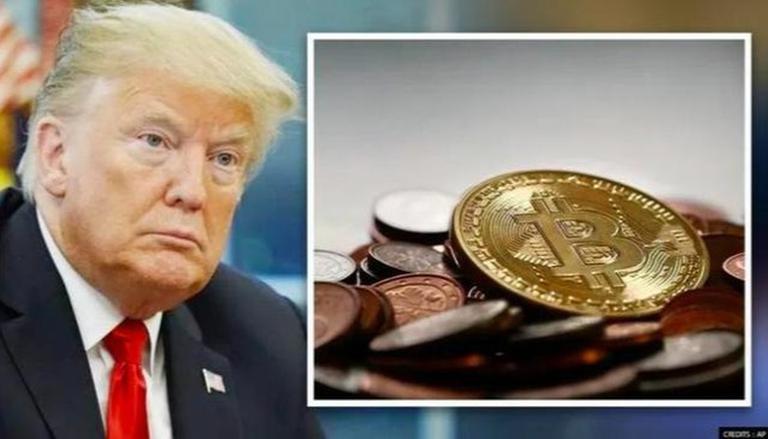 
New footage related to the ex-president of the United States Donald Trump resurfaced on Friday wherein he was heard labelling the cryptocurrency as "dangerous." The viral video is now circulating as the former Republican leader is facing backlash online for his so-called much anticipated "major announcement," which turned out to be the launch of $99 non-fungible tokens (NFTs) featuring fictionalised artwork that showed him as a superhero, cowboy, an astronaut, a fighter pilot, among other things.

Social media is now buzzing with Trump's interview from last December wherein he called the NFT trend as "dangerous." His comments were made after his wife Melania Trump announced plans to launch her own NFT that cost 1 Solana, or about $180. NFTs of the former First Lady of the United States was launched on the Solana blockchain and could only be purchased with SOL cryptocurrency.

Donald Trumps in 2021: Crypto is dangerous. It can be an explosion like we have never seen before.

NFTs cannot be traded like cryptocurrencies such as Bitcoin or Ethereum but the token is still a cryptographic asset as it is created using blockchain technology. Digital artwork has gained prominence in recent years with many celebrities launching their own NFTs that have sold for billions of dollars. Trump, had dismissed the trend in 2021, saying that he isn't buying into the hype surrounding cryptocurrencies. "I want a currency called the dollar, I don't want to have all of these others," Trump said in an interview. Twitter was quick to mock the former Republican leader, citing his talk clip with Bartiromo.

READ | Twitter Files: Part 4 reveals how platform made up policies on the fly to ban Donald Trump

Trump also derided the cryptocurrency Bitcoin during his presidency. "Bitcoin, it just seems like a scam,” Trump said in his wide-ranging televised remarks when asked about his views on the cryptocurrency. “I don’t like it because it’s another currency competing against the dollar, I want the dollar to be the currency of the world. That’s what I’ve always said,” Trump added. He continued, "Bitcoin--it just seems like a scam. I was surprised. With us, it was at 6,000 and much lower.” Varney & Co had asked the former President if he “liked” Bitcoin or would invest in it.

"That [crypto] could be an explosion some day the likes of which we've never seen. It will make the big tech explosion look like baby stuff. I think it's a very dangerous thing," Trump said in a Fox news interview, adding that he is in favour of the strong US dollar.

The Americans are roasting ex-US President Donald Trump since Thursday after he had teased them a day earlier that he would make a “major announcement.” His "big" announcement was about the launch of a line of digital trading cards bearing his likeness to a superhero. Many expressed anger at Trump as they had speculated that his announcement will be political and related to the Speaker race playing out among House Republicans. But it turned out that the former President was unveiling a new commercial venture related to the intangible NFTs, albeit several months late to the trend.

Trump told his support base that he was charging for his NFTs $99 apiece. The digital trading cards “feature amazing ART of my Life & Career!” he said, adding that they were no less worthy than the baseball cards, “but hopefully much more exciting.” Responding to his post, US President Biden mocked his predecessor from his personal Twitter account, saying that he also had “some MAJOR ANNOUNCEMENTS the last couple of weeks, too,” that was the falling gas prices and a bill signing for legislation to protect same-sex marriage.