Ukraine Conflict: Russia Denies Relations Between Kremlin And US Are At Its 'lowest Point'

The Russian Federation believes that its relations with the US are not at the lowest point even as ties between the cold war rival continue to severe. 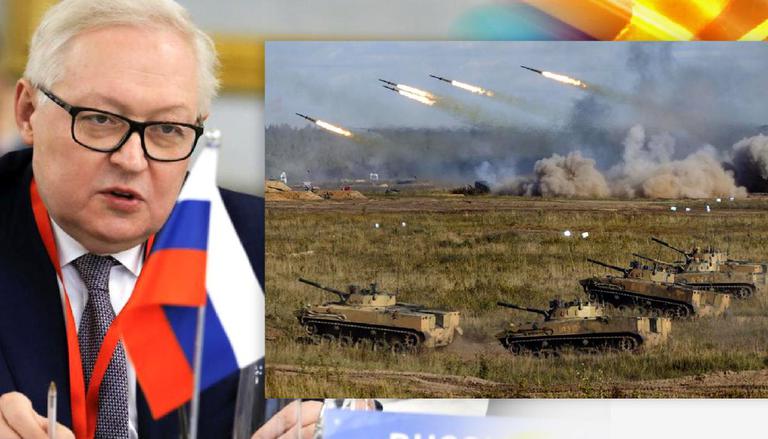 
The Russian Federation believes that its relations with US are not at the lowest point even as ties between the cold war rivals continue to severe. Since earlier this year, Russian has been amassing troops on its borders with Ukraine, prompting the US to warn against the imposition of tough sanctions. Regardless, Russian Deputy Foreign minister Sergei Ryabkov, speaking to Interfax News, said that Moscow-Washington relations hadn’t hit rock bottom and that Kremlin was seeking stable and predictable relations with the US.

Earlier, British Defense Secretary Ben Wallace asserted that it was “highly unlikely” that the UK would, along with other NATO members, send troops to Ukraine in case of a Russian invasion. Ukraine is not a part of NATO but amidst border conflict, the West has vowed to fully support the ex-soviet satellite state.

According to Wallace, “He can all help with capacity building, but to some extent, Ukraine is not in NATO and that is why we are doing the best diplomatically to say to Putin don’t do this.”

Meanwhile, UK PM Boris Johnson recently offered a stern warning to Russian President Vladimir Putin stating that Moscow would face “significant consequences” in case it tries to invade Ukraine. Kremlin has completely denied the possibility of an invasion with Spokesperson Dmitry Peskov reasoning that the military buildup was in response to American troops near the country’s border.

What is happening at the border?

READ | Ukraine continues drive to move beyond Soviet past

“What we see is a significant, large Russian military build-up. We see an unusual concentration of troops. And we know that Russia has been willing to use these types of military capabilities before to conduct aggressive actions against Ukraine,” Stoltenberg had earlier said at a conference.

READ | US mulls sending military equipment to Ukraine amid tensions with Russia: Reports

WE RECOMMEND
UK, its allies 'unlikely' to send troops to defend Ukraine against fear of Russia invasion
Russia tests hypersonic missile as tensions rise with US and Europe over Ukraine row
EU to warn Russia of ‘massive consequences & severe cost' over 'Ukraine invasion': Report
Russia, India & China discussing possibility of a summit: Russian Ambassador to India
Ukraine continues drive to move beyond Soviet past