United Airlines lays a strict vaccine mandate and asks its 67,000 employees to get vaccinated by September 27 or face termination or unpaid leave. 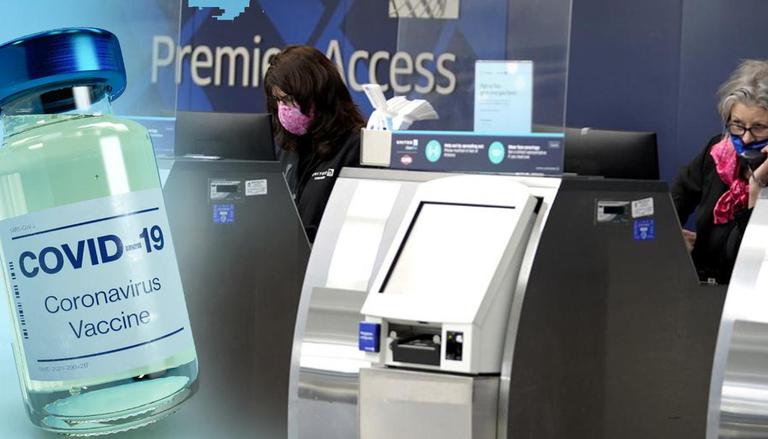 
Amid growing concerns over the spread of the Delta variant of coronavirus, United Airlines has asked its at least 67,000 employees to get vaccinated by September 27 or face termination or unpaid leave. It also said that employees whose requests for exemptions based on medical reasons or religious beliefs are denied would be given five more weeks to get vaccinated, reported The Associated Press (AP). On Wednesday, Kirk Limacher, United Airline's vice president of human resources, made the statement about vaccinations giving details about how the company intends to handle requests for exemptions. Since last month after the company made vaccine mandatory, more than half of its employees have gotten their shots. However, the airlines has not revealed what percentage of the workforce have been vaccinated and how many employees have requested an exemption.

The airline further stated that in most cases, unvaccinated employees would not be allowed to come to the workplace starting October 2. Meanwhile, those who request medical exemptions will be judged by medical staff, whereas personnel-office employees will handle those who request exemptions based on religious beliefs, reported The AP. The company added that workers who often come in contact with passengers, such as flights attendants, pilots and gate agents, and whose exemptions are approved, are likely to face unpaid leave starting October 2. It further added that employees who do not deal with passengers very often, including headquarters employees, whose exemptions are approved, will also face unpaid leave until the airline comes up with a plan for weekly testing.

United Airlines lays one of the strictest vaccine mandates

The Chicago-based United Airlines has laid one of the strictest vaccine mandates among US airlines. However, Delta Airlines intends to levy a $200 monthly surcharge on unvaccinated employees who are covered by the company’s health plan. Others, including American Airlines, intend to cut off paid leave for those employees who are not vaccinated and contract COVID-19. United Airlines' employees are also required to upload proof that they received two doses of Pfizer or Moderna vaccine or one dose of Johnsons & Johnson's vaccine, said the executives as reported by CNBC. It further noted that 'The Air Line Pilots Association' believes that the mandate is legal and vowed to comply with it.