Collierville Police Chief Dale Lane remarked the shooter shot 13 people in Kroger, including himself, and that 12 people were transported to hospitals 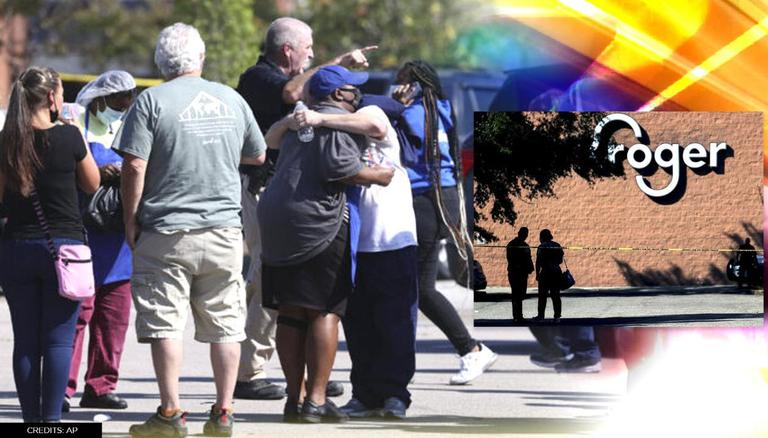 
One person was killed and 12 others were injured in a violent mass shooting at a grocery store in the state of Tennessee in the United States, according to police. The incident occurred near Collierville which is about 35 miles east of the city, Memphis, on Thursday afternoon. Police from other jurisdictions had rushed to the Kroger grocery store to cooperate with the investigation. The gunman died of a possible self-inflicted gunshot wound at the site.

During a media briefing following the incident, Collierville Police Chief Dale Lane remarked that it's the most heinous crime in the history of Collierville. He further said the shooter shot 13 people, including himself, and that 12 people were transported to hospitals, some with life-threatening wounds. As per the Independent, apparently least four of them were in serious condition.

Brignetta Dickerson, a Kroger employee, informed WREG-TV that she was operating a cash register when she heard what she believed were balloons exploding at first. She went on to say that the shooter came inside and went on to shoot. While he continued shooting, Dickerson said that one of her coworkers was shot in the head, whereas one customer was wounded in the stomach.

Glenda McDonald, another worker in the Kroger flower department, informed USA Today that when she heard the first gunshot, she simply fled out the doorway leaving everything behind. She even witnessed a supermarket bagger and a client being shot.

Police Chief Lane said officers got a call about the incident around 1:30 p.m. and responded quickly, discovering numerous victims with gunshot wounds when they entered the premises. According to him, a police SWAT squad and other policemen searched the store aisle by aisle for anyone seeking shelter or hiding and transported them to protection. He even added that the police had discovered individuals hiding in freezers and closed offices. Lane said they did exactly the way they are trained to hide from any shooter.

According to BBC, the assailant has not been recognised, and no motive has been offered. Police are looking into claims that he was a Kroger worker. Several ambulances and helicopters have arrived on the site to transfer the injured to a local hospital. The chief said that the perpetrator's vehicle was parked in the store's parking area and stayed there as part of an ongoing investigation.

As per AP, Collierville is a developing suburban with a population of over 51,000 individuals and a typical family revenue of over $114,000 dollars. Tennessee has become the fourth state previously this year to authorise most individuals aged 21 and up to carry a handgun before even passing a state-level background check and training. Republican Gov. Bill Lee approved the bill into legislation.