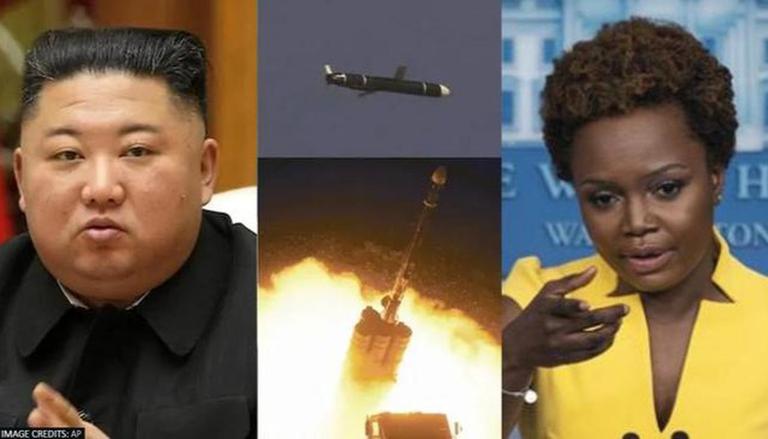 
Despite the Democratic People's Republic of Korea  (DPRK) test-firing a long-range cruise missile in an apparent warning to the USA, the United States, on Monday, said it “still remains ready” to engage in diplomacy with North Korea.

The White House's principal deputy press secretary, Karine Jean-Pierre, said on September 13 that after Pyongyang’s announcement about successfully test-firing missile over the weekend that showed they can hit targets 1,500 kms away in Tokyo, the USA’s position “has still not changed.”

Washington will engage in bilateral cooperation and diplomacy with Pyongyang in order to make "practical progress" to ensure the security of the United States and its allies and partners, Jean-Pierre said aboard Air Force One en route to Boise, Idaho for President Biden’s briefing. “Our position hasn’t changed when it comes to North Korea. We remain prepared to engage in diplomacy with DPRK toward our objective of complete denuclearization of the Korean Peninsula,” said Jean-Pierre.

“Our policies call for a calibrated, practical approach that is open to and will explore diplomacy with DPRK to make practical progress that increases the security of the United States, our allies, our deployed forces. Our offer remains to meet anywhere, anytime without preconditions. So, that hasn’t changed — our diplomatic efforts,” White House spokeswoman Karine Jean-Pierre told reporters. 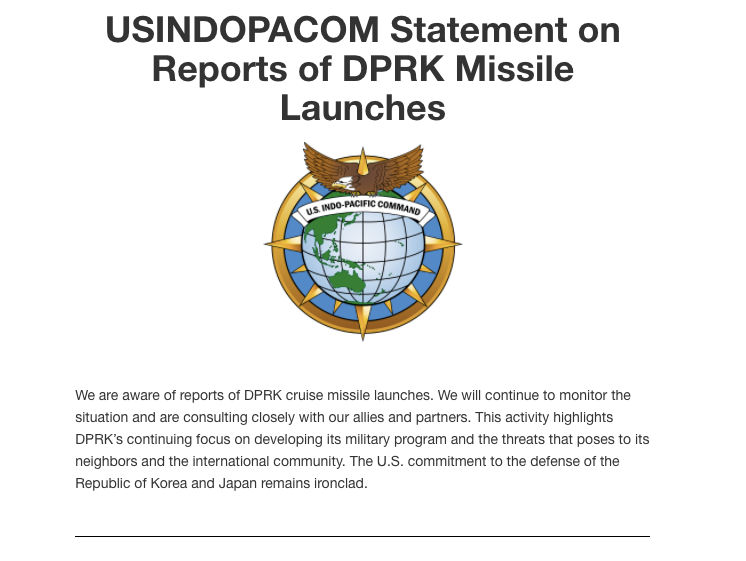 Jean-Pierre also reiterated the statement issued by the US Indo-Pacific Command that said the North Korean missile launches highlighted the threats North Korea poses to other countries in the region, including South Korea. "This activity highlights DPRK's continuing focus on developing its military program and the threats that pose to its neighbours and the international community," it hadsaid in a statement.

Meanwhile, Department of Defense spokesman John Kirby told a press briefing, “We are aware of these reports and I'm not in a position to confirm the reports with any great specificity at this time.” He went on to add, “But again, I would just say it just highlights again the threat that the DPRK continues to pose to the region and to its neighbours."

North Korea on Sunday, September 12, test-fired a new type of long-range cruise missile that covered approximately 932 miles in a little over two hours before hitting its targets in North Korean airspace and plunging into territorial waters, state-run Korean Central News Agency reported on Sunday. “The efficiency and practicality of the weapon system operation were confirmed to be excellent,” the report stated, adding that the “new type” of missiles range, if accurate, would have the capability to hit as far as Tokyo.

The new missile launch comes as North Korea seeks to expand its military capabilities amid the stalemate in nuclear negotiations with the United States, according to the reports. The latest missile travelled for 7,580 seconds, along the “oval and pattern-8 flight orbits” KCNA reported. Following the test, Japan’s chief cabinet secretary Katsunobu Kato said that Japan was “worried” about the missile launch and was working in collaboration with the US and South Korea to monitor the event.