One teenager was killed, and two other adult civilians were injured in a mass shooting that took place on 14th and U Streets of Northwest Washington in US. 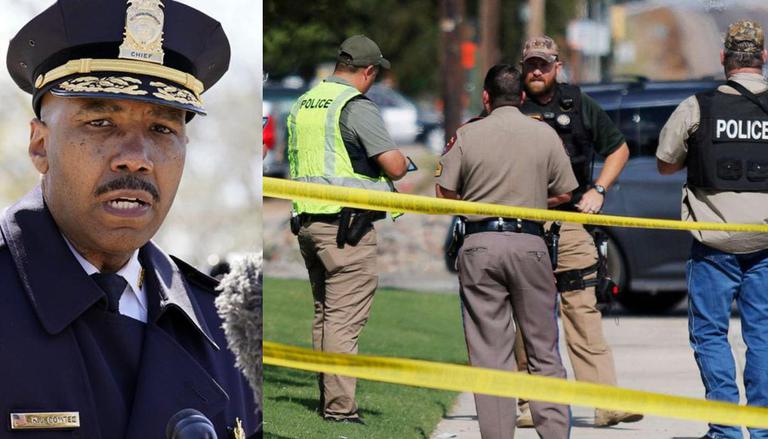 
One teenager was killed, and two other adult civilians and a cop were injured in a mass shooting that took place on 14th and U Streets of Northwest Washington on Sunday (local time), the DC police chief confirmed. Addressing a press briefing in the aftermath, DC Police Chief Robert Contee said that both the adults were immediately taken to a nearby hospital where they are recovering. A police officer was also shot at and has been recovering as of now.

“Three civilians were shot at. Two adults, one 15-year-old juvenile along with a police officer. Unfortunately, the juvenile is deceased. There was some kind of fight and many were injured. Legs and ankles of people were trampled as they tried to run,” Contee said.

He further said that the mass shooting incident took place in the span of 2 hours, roughly ending around 8 am. Contee also said that police found some kind of illegal firearms on the spot. He said that police did not counter-fire and there was no exchange of gunshots. “This is unacceptable and needs individuals to be held accountable for their actions,” the police chief said.

Chief Contee and city officials provide an update regarding a shooting with multiple victims shot, including an MPD officer, that occurred this evening in the area of 14th and U Street, NW. https://t.co/j2w5yXqvPZ

Police responding to the situation

Earlier, a report by ABC News said that the Metropolitan police department responded to the incident at 8:20 pm on Sunday. Meanwhile, a separate report by WTop revealed that the attack took place in the area where the Juneteenth celebration was going on. An investigation has been initiated into the incident.

Multiple people shot at including police officer in Washington DC

The issue of gun violence has gained momentum in the country vis-a-vis recent incidents of mass shootings. Last month, Texas police confirmed that at least 19 children and 2 teachers were killed by the 18-year-old shooter at Robb Elementary School in Uvalde. Later, the Public Chief Commander admitted the incident commander made the wrong decision to wait for the tactical team and not enter the building immediately.

READ | US: Services set to resume at church where shooting killed 3