US: 27 Air Force Personnel Discharged From Services For Refusing To Take COVID-19 Vaccine

US AirForce currently has more than 1,800 administrative and a circular was handed that specifically outlined that COVID-19 vaccination was mandatory 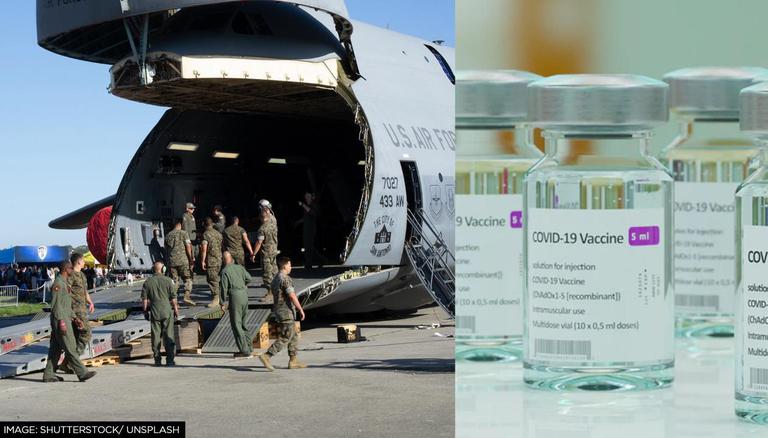 
At least 27 airmen, who refused to get the COVID-19 vaccine, were discharged from the service becoming the first active-duty members to be laid off over the issue, an Air Force spokesperson Ann Stefanek said Monday, according to new agency NPR. The Air Force service members were asked to leave after they breached vaccination deadline of Nov. 2. and failed to comply with the lawful order of their command.

These 27 are the first active-duty Air Force members to be discharged over the COVID-19 vaccine issue, Stefanek said. The Pentagon had set the deadline for members of the military to get compulsorily jabbed against the coronavirus due to the rising threat from the Delta and emerging Omicron variant. But the deadline for different military service branches is different, of whom, the Air Force and the Space Force had the earliest deadlines.

Citing ‘misconduct,’ Stefanek reportedly told the agency that the vaccines were just one factor for the discharge. The US Air Force  has had more than 1,800 administrative discharges this year, and a circular was handed out that specifically outlined that COVID-19 vaccinations were necessary to protect the military. The ”mission-critical inoculation” is almost as old as the US military itself, the US Department of Defence said. More than 1,000 active-duty Air Force and Space Force members were listed to have refused the vaccine while 97 percent of active-duty Air Force members have been fully jabbed. Of the total service members, nearly 4,700 have sought religious exemption.

In a stern warning to the US military troops, US Secretary of Defense Lloyd Austin had said that the soldiers refusing the COVID-19 vaccine “won’t be paid” for the drills and will be excused from the training or duty conducted under federal authority as they would be marked ‘absent’ without cause, according to a memo released by the Pentagon. Austin lashed out on the troops last month saying that the uniformed and civilian officials overseeing active duty, who will not get jabbed by the deadline set by each of their military services, will be denied payments towards the monthly formations and training under the federal jurisdiction.

"Vaccination is essential to the health and readiness of the force," Austin in his memo told the service secretaries, Pentagon officials as well as chairman of the Joint Chiefs and the chief of the National Guard Bureau.

WE RECOMMEND
Biden boasts no leader would mind trading places with him, calls US most decent nation
No action on US troops for botched Kabul drone strike that killed 10: Pentagon
Rupee inches 1 paisa higher to close at 75.77 against US dollar
In US, photo from 1942 recovered 150 miles away in Indiana after tornado
US: Joe Biden to sign order streamlining bureaucratic process for federal services