The US citizens whose passports had expired and were travelling overseas will now be able to return to the country until 31 December 2021. 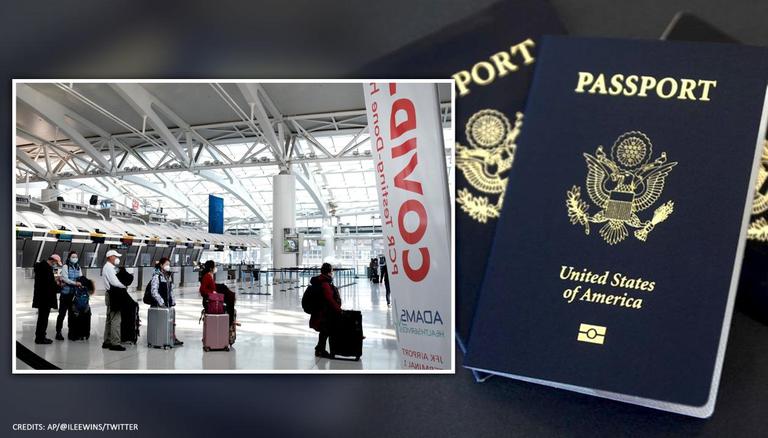 
The United States citizens whose passports had expired and were travelling overseas will now be able to return to the country until December 2021. According to a press release, the US State Department said that the welfare and safety of citizens abroad is the “highest priority” and therefore it is working to facilitate US citizens' return to the country. However, the department also added that recently expired passports cannot be used to travel from the US to an international destination or to travel to a foreign country for any length of stay longer than an airport connection en route to the country.

The press note read, “U.S. citizens currently overseas whose passports expired on or after January 1, 2020, may be able to use their expired U.S. passport for direct return travel to the United States until December 31, 2021”.

Further, the State Department said that it continues to “strongly recommend” citizens reconsider travel abroad and postpone their trips if possible. It also added that citizens who wish to return to the country then proof of a negative COVID-19 test result, taken within 72 hours of their flight's departure, is required for air travel to the United States. And for those wishing to renew their passport, upon their return to the US, current processing times can be found at the official website, the State Department said.

The press note said that the US Customs and Border Protection (DHS CBP) will accept for admission certain expired US passports, thereby assisting citizens who have been affected by appointment backlogs at embassies and consulates overseas caused by the COVID-19 pandemic. The department added that “certain criteria” apply and, therefore, they encourage US citizens to confirm their eligibility for travelling on an expired passport prior to finalising travel arrangements.  For those wishing to renew their passport upon their return to the United States, current processing times can be found here.

WE RECOMMEND
US National Guard troops exit Capitol for the first time after January 6 riots
EAM Jaishankar, US' Antony Blinken to discuss COVID-19, Quad cooperation
Bharat Biotech's US partner Ocugen submits 'Master File' on Covaxin to US FDA for review
US security assistance to Pakistan remains suspended: Pentagon
US warns against all travel to Japan as Olympics loom