A team of astronomers in Hawaii has captured the final death throes and a subsequent luminous explosive death of a super red giant star. Watch here 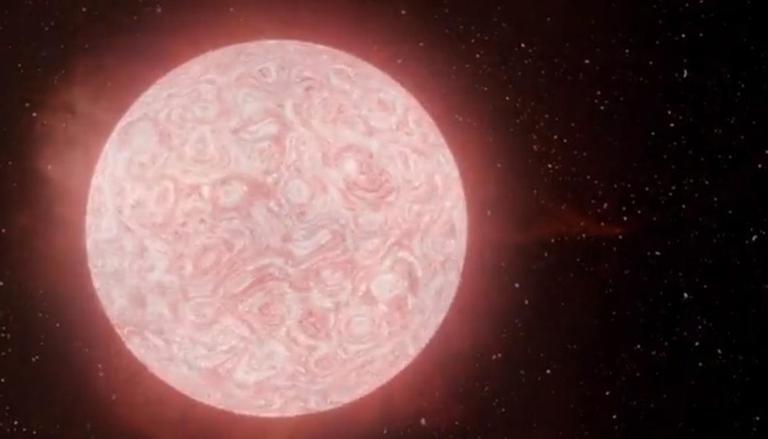 
In a first, a team of astronomers in the United States' Hawaii have captured the luminous explosive death of a super red giant star into a supernova. The recording is a landmark in the history of astronomy as Supernovas are usually detected after they have occurred but this time the experts identified the star at least 130 days before it exploded. The observers at the W.M. Keck Observatory were able to watch the supergiant red star grow brighter and then blow up.

"It's like watching a ticking time bomb. We have never confirmed such violent activity in a dying red supergiant star where we see it produce such luminous admission then collapse and combust until now," astrophysicist Rafaella Margutti, associate professor of astronomy and physics at the University of California, Berkeley said in her study of the Supernova. She was at Northwestern University's Center for Interdisciplinary Exploration and Research in Astrophysics (CIERA) in Illinois.

Margutti's study has been published in the Astrophysical Journal, which described the details of the star along with its 130-days developments. The star was in a galaxy about 120 million light-years away, making it invisible to the naked eye. Data from the Pan-STARRS telescope showed that the supergiant red star became far more glowing than usual before it finally exploded, ejecting large plumes of gas.

Boom!💥Astronomers have imaged in real time the dying breath of a red supergiant. Via 2 Hawai'i telescopes @keckobservatory & @UHIfA Pan-STARRS, they watched the star self-destruct during its last 130 days before going supernova.
👉 https://t.co/0R26HpHFeo
📽️ Credit: @AdamGDog pic.twitter.com/8ZH6HTAux7

The final detonation took place with a blinding flash. The telescopic data also revealed that the star emitted shells of gas, expected to be the same combination to the gas given out during the months leading up to the Supernova. "These types of supernovae come from a message star and it's usually a red supergiant," astrophysicist Wynn Jacobson-Galán said in a press release.

"This is a breakthrough in our understanding of what massive stars do moments before they die. Direct detection of Pre-supernova activity in a red supergiant star has never been observed before in an ordinary Type II Supernova. For the first time, we watched a red supergiant star explore," Jacobson-Galán said.

The discovery dates back to the summer of 2020. The progenitor star displayed a dramatic rise in luminosity before it was bloated and exploded. The Supernova is listed as SN 2020tlf and is a Type II category, in which a massive star experiences rapid collapse before it blasts. The activity was recorded using the Keck Observatory's Low-Resolution Imaging Spectrometer (LRIS). The imaging displayed circumstellar material when it exploded. "It was instrumental in providing direct evidence of the massive star transitioning into a supernova explosion," Professor Margutti said. The star was at least 10 times more massive than the Sun, the experts said.

WE RECOMMEND
Astronomers discover new nebula with evolving stars underneath its dust: Reports
Astronomers find 70 Jupiter-like starless rogue planets in a major discovery: Report
NASA's TESS finds 'mysterious' object causing light fluctuations in binary star system
Star formation happening in universe might be faster than previously suggested: Study
The Milky way collided with another galaxy in the past and more are falling towards it