US: Best Friends Find Out They Are Blood Sisters After 17 Years

US girl Ashley’s late mom’s best friend recognized Kenneth in one of the engagement photos in which he was seen posing alongside his daughter Toya.

Two women who have been best friends since grade 6 in school recently discovered that they are half-sisters. Ashley Thomas, 31, and Toya Wimberly, 29 found out that they are siblings 17 years after they became friends at old middle school in Holmes, Pennsylvania. Toya’s dad Kenneth recently found out that Ashley’s mother was one of his exes, and he had fathered Ashley with her mom.

Toya said in a media report that she always looked up to Ashley as an elder sister, she was similar to her on so many levels. Ashley discovered in 2005 that her dad Mike was not her biological father, they, however, connected well in the father-daughter relationship. Then her mother passed away. She said that the photos posted earlier this year of her engagement on social media revealed an amazing secret.

According to the reports, Ashley’s late mom’s best friend recognised Kenneth in one of the photos in which he was posing alongside his daughter Toya. Kenneth recognised her back. He told the international media that he instantly recalled who Michelle was, and tried to figure out where the whole thing was going. The two arranged for a DNA test that confirmed Kenneth’s relationship with Ashley.

Toya told the international media that she was shocked the moment she got the news. She said that she got a text from her dad saying that the DNA tests came back, and Ashley was her sister. Ashley, on the other hand, said that the two friends have been together for such a long time, and she had never quite imagined that they will end up being a sister. They share many similarities including the gap between their front teeth, braces, and their facial features, Ashley said in a media report.

The two best friends were excited to deepen their bond and they planned a trip to Miami, Florida so that they can spend time together and get to know each other as sisters. Their father Kenneth Wimberly cancelled an entire family vacation and arranged a trip only for them both, confirmed media reports. Toya also shared a post regarding the news on her Facebook account that surprised the social media users. 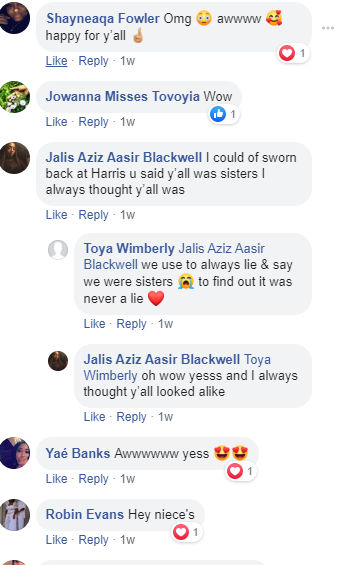