The Democrats argued that reinstating the policy, which had been dormant for more than a year, “would prejudice the US’ relations with key regional partners. 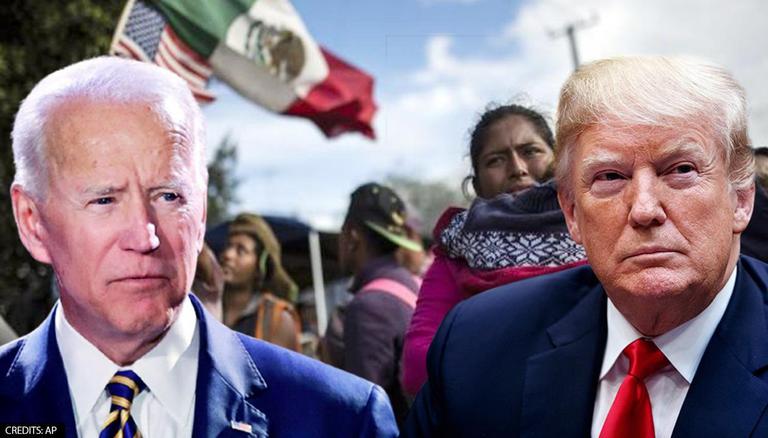 
United States President Joe Biden-led administration on Friday asked the US Supreme Court to block reinstatement of Trump-era ‘Remain in Mexico' immigration policy formally known as Migrant Protection Protocols (MPP) until it was "lawfully rescinded". Supreme Court Justice Samuel Alito blocked the decision of a lower cour that sought for a revival of the controversial law, forcing undocumented migrants to stay at the detention centres on the US-Mexico southern border, in some cases, after the child separation, which was deemed as ‘inhuman’. The US top court will review the Biden administration's request after it sought intervention on Friday afternoon in the aftermath of one refusal by the 5th US Circuit Court of Appeals in New Orleans, multiple reports stated on 20 August.

US District Judge Matthew J. Kacsmaryk last week ordered that the program that discouraged asylum seekers from entering the US be reinstated. The move came after governors of Texas and Missouri filed a lawsuit for the court to reinstate the hardline anti-immigration policies of the Trump era to make the border more secure. Democrats argued that “the President has clear authority to determine immigration policy” and hence the reinstating of the policy must be put on hold. Homeland Security Secretary Alejandro Mayorkas had discretion whether or not the asylum seekers should be allowed to enter the US, or they shall be deported to Mexico.

Will reinstating the policy prejudice US’ relations with vital regional partners?

On Friday, the Democrats argued that reinstating the policy, which had been dormant for more than a year, “would prejudice the United States’ relations with vital regional partners, severely disrupt its operations at the southern border, and threaten to create a diplomatic and humanitarian crisis,” the Associated press reported. It is to be noted that Trump stopped the implementation of the policy at the beginning of the COVID-19 pandemic, potentially blocking anyone and everyone crossing the Southwest border under a different protocol.

If not blocked, law will require govt to adhere policy 'in perpetuity'

Just a day into the office, US President Joe Biden had blocked the policy, and the Homeland Security Department had scrapped it in June over the mounting criticism about holding the asylum-seekers and migrants to mandatory detention under US law. Biden argued if not blocked, the judicial laws will require the government to implement ‘Remain-in-Mexico policy '' in perpetuity".  The Democrats also argued that there was a lack of detention space in the US, and the MPP program revival might "severely disrupt” operations as there are no sufficient migrant holding facilities. Alito paused the lower court's order that may have reinstated the Trump-era policy introduced in 2019 at around 11:59 pm. The revival, otherwise, would have also required coordination from the government of Mexico.