As per the data from US Customs and Border Protection, more than 1.7 million migrants were detained at the border during the past 12 months. 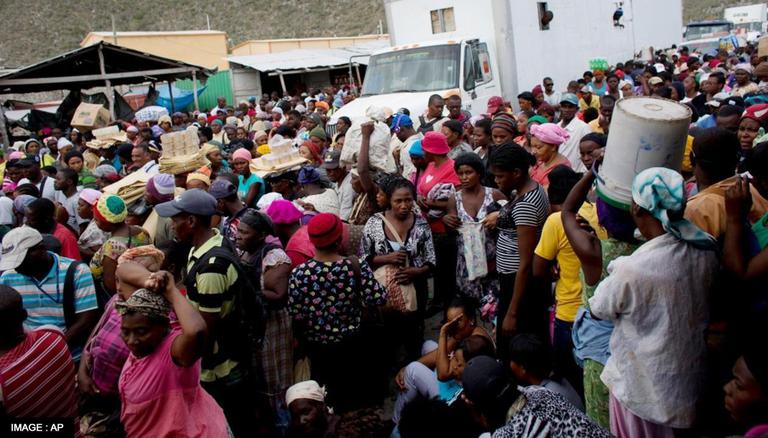 
Detention and arrests at United States’ southern border have hit an all-time high in 2021, according to new federal documents. As per the data from US Customs and Border Protection, more than 1.7 million migrants were detained at the border during the past 12 months, making it the highest figure in any fiscal year in history. The numbers surged in the recent months when there was a massive surge in migration to the US-Mexico border that peaked during the summer.

According to the federal documents, around 61% of the migrants encountered during the past 12 months were immediately expelled to Mexico or their homeland. This was done under the public health policy known as Title 42, which involves quick expulsions and not deportations, meaning that the US officials do not retain records of those sent back. Separately, as per the data, a total of 671,000 migrants and asylum-seekers were processed under immigration laws and placed in deportation proceedings during the fiscal year 2021.

In a statement, the Customs and Border Protection (CBP) said, “The large number of expulsions during the pandemic has contributed to a larger-than-usual number of migrants making multiple border crossing attempts, which means that total encounters somewhat overstate the number of unique individuals arriving at the border."

Furthermore, the documents revealed that arrests of adults travelling without children formed the largest migrant demographic group. They made up more than 1.1 million of all interdictions by the US border agents in the fiscal year 2021. It is to mention that nearly 600,000 of those adults were from neighbouring Mexico. Moreover, nearly 480,000 migrant parents and children entered US custody as families, making the second-largest tally any fiscal year. 57% of those families hailed from Guatemala, Honduras and El Salvador, which are collectively known as Central America's Northern Triangle.

Meanwhile, it is worth mentioning that the latest data comes after Human Rights Watch released internal DHS files of more than 160 reports of alleged misconduct and abuse of asylum seekers by border officers. The rights group looked into events between 2016 and 2021 that range from child sexual assault to enforced hunger, threats of rape and brutal detention conditions. They also noted that some of the incidents involve alleged criminal activity by federal agents.

The Human Rights Watch alleged that the documents “paint a picture of DHS as an agency that appears to have normalized shocking abuses at the US border. The US should take urgent and sustained action to stop such abuses by transforming migrant border reception and DHS accountability practices, including ensuring redress for migrants and asylum seekers who have been harmed.”