Hundreds of thousands of Haitian migrants have gathered beneath the Del Rio International Bridge in Texas in recent weeks, overwhelming US Border Patrol Units. 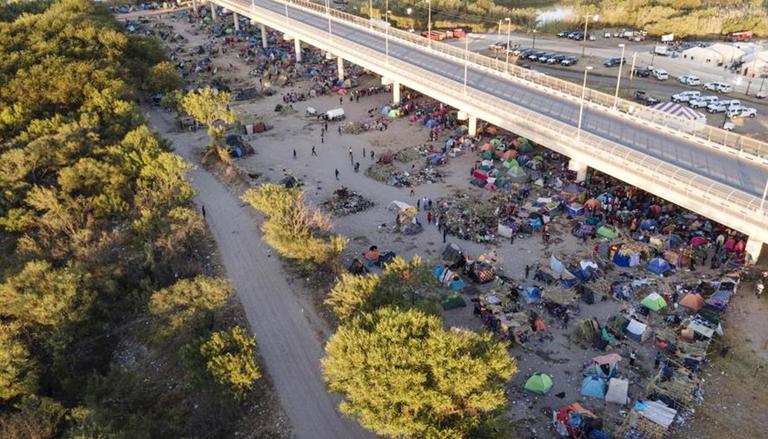 
Hundreds of thousands of Haitian migrants have gathered beneath the Del Rio International Bridge in recent weeks, overwhelming border police. Border Patrol personnel have complained to Fox News, citing a major union representative in Del Rio, Texas that the agency's leadership is throwing them under the bus.

The Biden administration temporarily halted the use of horse patrols in the Del Rio section of the border last week, citing that the images "profoundly upset" DHS Secretary Alejandro Mayorkas, according to Sputnik. President Joe Biden and Vice President Kamala Harris both slammed the incident, describing it as an "embarrassment" and promising that those people will pay.

Jon Anfinsen, Vice President of the National Border Patrol Council told to Fox News that DC was mainly not paying attention to what was going on near the bridge, despite the presence of roughly 15,000 individuals. He further said that now they have an incident to blame for not paying attention. He also said that the agents believe they've been thrown under the bus at all levels of administration because no investigation has been conducted.

Alejandro Mayorkas stated on Sunday that around 12,000 migrants who arrived in Del Rio were allowed to enter the United States and, according to Anfinsen, if the vast majority of the latest group is released, even more migrants will be encouraged to come. In the interview with Fox News, Anfinsen stated that Congress or the White House must modify laws and procedures to make the border safer. He said that Congress needs to amend the laws if they want to make it easier for people to move to the United States. He further added that they can't keep doing this the way things are right now.

As per Sputnik, a large surge of Haitian illegal immigrants at the US-Mexico border in recent weeks prompted the administration to declare a state of emergency and deploy border agents. According to Mayorkas, the Biden administration deployed 17 planes to Haiti last week to evacuate over 2,000 migrants.