US: Boy Who Is Battling Cancer 'sworn In' As Police Officer In Special Ceremony

The North Miami Police Department held a special swearing-in ceremony for a five-year-old boy who is battling cancer. The post has gone viral on social media.

In the post shared on Facebook, North Miami Police mentioned that Jeremiah, a five-year-boy who is battling cancer has been sworn in as the youngest North Miami Police Officer. They then mentioned that Jeremiah celebrated his fifth birthday with them. The department went on to mention that the little boy has been suffering from High-Risk Stage 4 Neuroblastoma Cancer.

The post further mentioned that Jeremiah was recently proclaimed to have no evidence of the disease but he must continue with treatments so that he does not have a relapse. In the pictures shared Jeremiah can be seen playing and riding a horse. The department also gave the young police officer a uniform with his name written on it. Jeremiah later celebrated his birthday and the pictures of the celebration were posted by a page Mystic Force Foundation on Facebook. "Happy Birthday to our sweet Jeremiah!! What an absolutely amazing day we had yesterday! After being sworn in as a North Miami Police officer, we celebrated Jeremiah‘s 5th Birthday in the most awesomest of parties.", read a part of the caption.

The post of the North Miami Police Department has been shared on March 21 and the post has captured the attention of the  netizens. One user wrote, "What a great thing your agency did for Jeremiah! He seemed to have a blast!". "Love this so much", commented another individual. Another person wrote, "Good work". 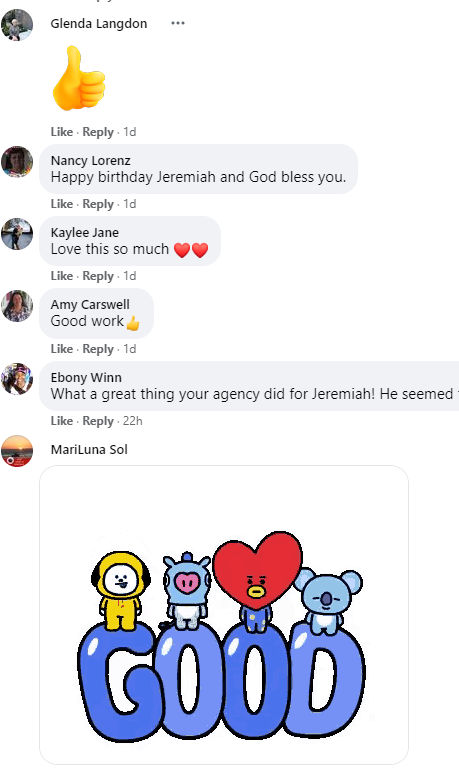