US: Buffalo Supermarket Gunman Threatened School Shooting In 2021; Was Questioned By Cops

The gunman accused of killing at least 10 at a grocery store in Buffalo, New York, had previously undergone a mental health evaluation by the state’s police. 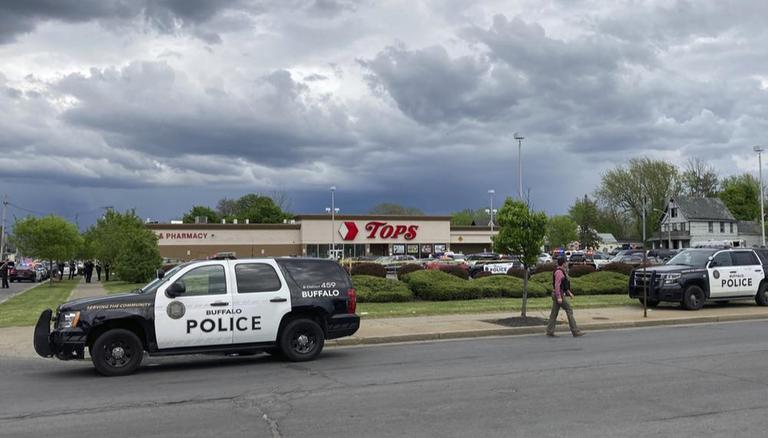 
The 18-year-old gunman accused of killing 10 at a grocery store in Buffalo, New York, had previously undergone a mental health evaluation by the state’s police after he threatened a school shooting last year, said authorities. Buffalo police commissioner Joseph Gramaglia at a press conference, on Sunday, said that the state police had responded, investigated and even interviewed the subject.

Gramaglia said, “The state police responded. They investigated. They interviewed the subject. And they felt at the time it was appropriate to have that individual brought in for a mental health evaluation”.

The prime accused of the Buffalo supermarket attack made the threat of making a school shooting in June 2021 in the area of the shooter’s hometown of Conklin, New York, which is a small town near the state’s border with Pennsylvania, as per an NPR report. His threat was deemed to be in a general tone and was not directed at any specific person or place. The suspected shooter was released after a day and a half in the hospital.

Authorities did not say when the suspect acquired 3 guns

However, the authorities did not say when the suspect acquired the three guns he brought to Buffalo or if he had done so before the mental health evaluation. It is to note here that apart from Bushmaster AR-15-style assault rifle used in the shooting by the suspect, the police also recovered a second rifle and a shotgun from his car. The suspect reportedly also used a high-capacity magazine which is illegal in New York. This means that the magazine acquired by the 18-year-old was either illegally purchased or illegally transported across the state lines, said New York Governor Kathy Hochul.

The shooting at the Tops supermarket in east Buffalo left 10 people dead and three others were injured. Notably, 11 of the victims were Black. Officials have also suggested that the attack was racially motivated and is being investigated as a hate crime and an act of terrorism. The suspect is also charged with first-degree murder. Gramaglia said, “The evidence that we have uncovered so far makes no mistake that this is an absolute racist hate crime. It will be prosecuted as a hate crime. This is someone who has hate in their heart, soul and mind”.