US: Capitol Riots Committee To Make Its Conclusions Public As Investigation Continue

The House committee, which is probing the January 6 insurgency is about to go public very soon as they have gathered tens of thousands of documents. 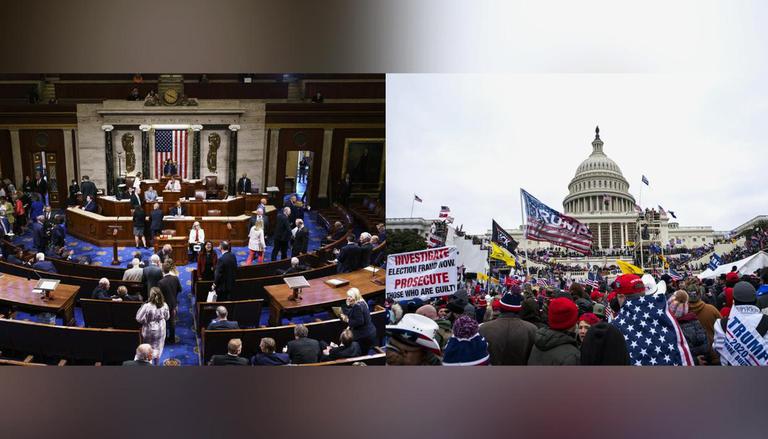 
The House committee, which is currently probing the January 6 insurgency and Capitol riots that shook the US last year, are supposed to go public very soon. As reported by AP, members of the panel claim that they have interviewed more than 300 witnesses, gathered tens of thousands of documents and talked with election officials who were pressurised by Donald Trump to examine the situation. Members of the panel will begin to present their findings in the coming months.

Nine members, which includes seven Democrats and two Republicans are unified in their determination to divulge the complete story of January 6, and they are organising televised hearings that will make their findings public, according to AP. The objective is not just to demonstrate the severity of the riot, but also to establish a clear link between the attack and Trump's aggressive push on states and Congress to reject Joe Biden's lawful election as president.

The committee claims that they have gathered extraordinary things

While the basic facts of January 6 are known, the committee claims that they have gathered extraordinary findings, including 35,000 pages of records so far, texts, emails, and phone records from people close to Trump. They stated that these findings have fleshed out critical details concerning the attack. They are looking into the details of the attack's planning and campaign to overturn the 2020 election. They are also looking into what Trump was doing when his followers were fighting their way into the Capitol. Trump and his supporters still claim that the 2021 election was a fraud.

Wyoming Rep. Liz Cheney, the committee's vice-chairperson and one of its two Republican members stated that there is not any aspect where they not learning new things about the attack, according to AP News. She further stated that this is one of the most important congressional investigations in history. The committee's final report is likely to go public in the spring or summer.

The panel is also looking at the preparations for Trump's Jan. 6 event

The committee has spoken with election officials from states like Arizona, Georgia, Michigan, and Pennsylvania about Trump's pressure campaign, according to AP News. The panel is also looking at the preparations for Trump's Jan. 6 event outside the White House, where he told his supporters to "fight like hell."

WE RECOMMEND
US: Chicago records 797 homicides and 3561 shooting incidents in 2021
US: Three missing and feared dead, nearly 1000 homes destroyed in Colorado fire
US: Number of COVID-19 patients in New York doubles in 10 days amid Omicron surge
US: New Manhattan District Attorney Alvin Bragg to take over Trump's finance dealing case
US CDC warns against cruise ship travel 'even if vaccinated' amid Omicron surge