During a layover at Tocumen International Airport in Panama,  Interpol notified Palacios that the US government was extraditing for killing the Haitian Prez. 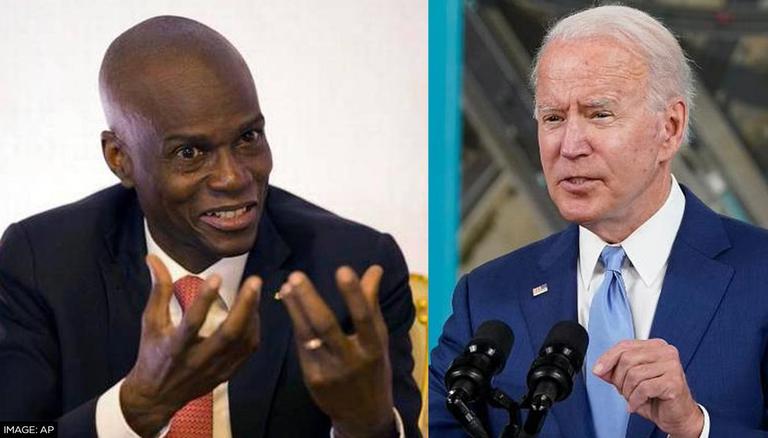 
The United States has charged a retired Colombian soldier who was extradited to Washington over the assassination of Haiti's President Jovenel Moise last July, US Justice Department officials said in a statement on Tuesday. The retired Colombian soldier Mario Antonio Palacios, 43, was arrested based on a criminal complaint filed in the Southern District of Florida. He was charged with conspiracy to commit murder or kidnapping outside the United States in Haiti, and providing material support resulting in death, and participating in a plot to kidnap or kill Haitian President Jovenel Moise.

Columbian national is charged with “providing material support resulting in death, knowing or intending that such material support would be used to prepare for or carry out the conspiracy to kill or kidnap,” a statement by the US Department of Justice on Tuesday read.

According to US DoJ, Palacios and others – including approximately 20 other Colombian nationals and a group of Haitian-American citizens based in Haiti participated in a plot to kill the Haitian leader. The ex-soldier of the Colombian military was a part of a mercenary group involved in the assassination. “While the plot initially focused on conducting a kidnapping of the president as part of a purported arrest operation, it ultimately resulted in a plot to kill the Haitian President,” the US Department of Justice said. 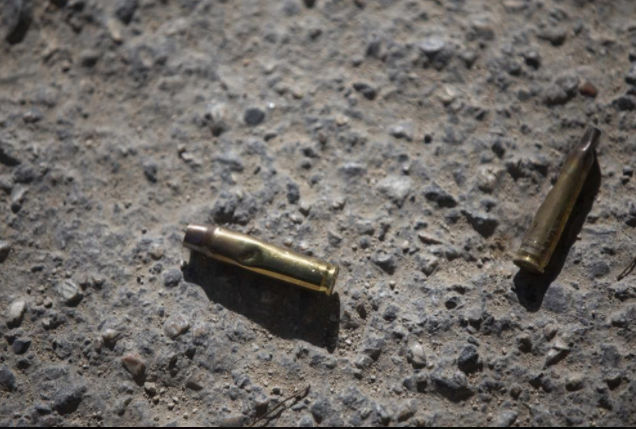 Ammunition casings lay on the ground near the entrance to the house of late Haitian President Jovenel Moise in Port-au-Prince, Haiti. [Credit: AP]

The arrested former soldier told the US investigators during October's interrogation that he was hired and paid to travel to Haiti to provide security, as well as participate in an alleged operation to arrest the president. He said that the initial plan was for co-conspirators to wear the black hoodies and abduct the Haiti President Moïse at the airport in June and fly him elsewhere. It was in July that the unnamed co-conspirators told him about the assassination plan.

Haiti’s leader Moise was killed on July 7, 2021 by a group of heavily armed men that stormed his home in Haiti’s capital, Port-au-Prince. As the investigation unfolded, Haiti’s police chief had also earlier accused a Venezuelan businessman who owns a security company in Florida of the murder, stating that the said person of interest had travelled to Haiti numerous times as part of a plot to assassinate President Jovenel Moïse.

Léon Charles, head of Haiti’s National Police, in a statement had suspected Antonio Intriago of CTU Security, who he said, signed a contract while in Haiti. No other details or evidence emerged on that accusation. The Biden administration on Tuesday stressed that the arrest made by the US authorities is one of the main suspects in the crime. US authorities had interviewed him several months ago, and he was hiding in Jamaica after unleashing the murder. 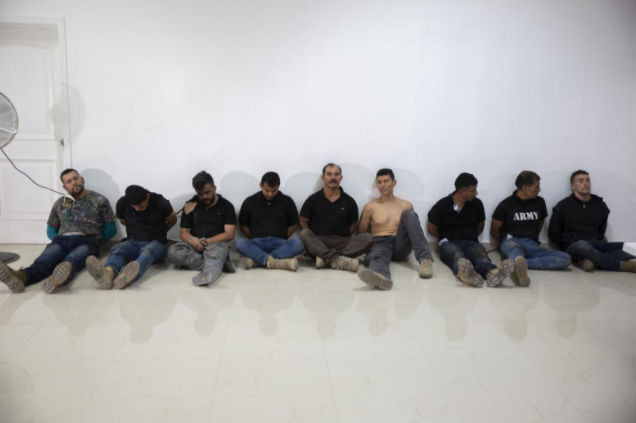 Suspects in the assassination of Haiti's President Jovenel Moise are shown to the media at police headquarters in Port-au-Prince, Haiti. [Credit: AP]

Panama had extradited the accused to the United States after he was detained by the authorities at a Panamanian airport late Monday as he deplaned a flight from Jamaica. He was reportedly on his way to his home country Columbia after he was deported from Jamaica. He was arrested during a layover at Tocumen International Airport in Panama. Interpol notified Palacios during a stopover in Panama that the US government was extraditing him, Gen. Jorge Luis Vargas, director of Colombia’s police said in a statement accessed by the Associated Press.

The ex-Columbian soldier "accepted voluntary extradition,” on the Interpol warrant out on "charges of murder and conspiracy to kill,” migration service head Samira Gozaine reportedly informed. The accused appeared at a federal court in Miami on Tuesday afternoon but reportedly did not make a plea. He told the judge that he wanted to be appointed an attorney.

Palacios told the prosecutors that he owns a house in California and Colombia, both, and has been receiving a $370 army pension from his country. He was granted counsel based on limited income and an attorney named Alfredo Izaguirre who told US Magistrate Judge Alicia Otazo-Reyes that accused Palacios will stay in detention as he has no immigration status in the US. The judge announced that Columbia’s ex-soldier will remain under arrest as there is a risk of fleeing, AP reports. The accused is scheduled to appear in court again on Jan. 31.

WE RECOMMEND
US armed forces with 'shoot-to-kill' order were deployed in DC ahead of Jan 6 riot: Report
Sokhary Chau becomes first Cambodian-American mayor in US; Know all about him
US: Thousands of flights cancelled, delayed at start of workweek
Omicron upends return to US schools and workplaces
In US, 1 Lakh people hospitalised with COVID as over 1 Mn new cases reported in 24 hours