US, China In Talks To Reopen Consulates Shut In 2020 Under Trump Administration: Report

The United States and China are mulling over the reopening of their consulates that were shut down in 2020 during the Donald Trump administration. 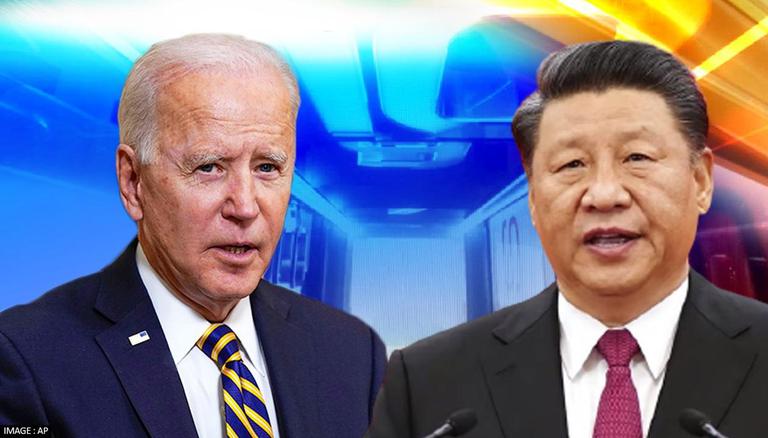 
The United States and China are mulling over the reopening of their consulates that were shut down in 2020 during the Donald Trump administration. The consulates were shut down as ties between the two countries had soured following the COVID-19 global outbreak. According to Politico, both countries are now taking steps towards the reopening of their respective consulates. In 2020, the United States had asked Beijing to shut down its consulate in Houston.

In its response, China retaliated by asking Washington to shut down its consulate in Chengdu. Even as both countries spar over Taiwan, relations between them have somewhat improved in recent months. During a Friday briefing, Chinese foreign ministry spokesperson Wang Wenbin had also attacked the Trump administration without publicly naming the former US President. Wang asserted that 'many incidents unilaterally provoked by the previous U.S. administration' had gravely affected the US-China relations.

China had retaliated when the United States ordered to shut down its consulate in Houston. Chinese Foreign Ministry had issued a statement on the closure of the US consulate in Chengdu and said that it is a 'legitimate and necessary response' to the Donald Trump administration after its sudden closure of the Chinese consulate in Houston. Terming that the move by China is in compliance with international law and basic norms of international relations, 'as well as diplomatic practices', China said that it is a retaliatory measure.

The US had shut down the Chinese consulate citing 'to protect American intellectual property' and private information of the Americans. The Trump administration had stated that the US will not tolerate China's violations of sovereignty and intimidation of American people, adding that it has not tolerated China's unfair trade practices and other 'egregious behavior'. The decision was announced by the then US Secretary of State Mike Pompeo.

"This week we closed down China's consulate in Houston because it was a hub of spying and intellectual property theft," said Pompeo

However, tensions between the two countries still loom over several issues, including Taiwan. Beijing has repeatedly claimed that Taiwan is its breakaway province and has ambitions to unify it with the Chinese mainland. However, Taiwan has strongly opposed China's claims and has been independently governed for more than seven decades. The United States has supported Taiwan by supplying it with military aircraft and tanks. Moreover, ties between Washington and the island nation have been growing in recent months. Beijing has repeatedly opposed US and Taiwan ties and has constantly threatened that "Taiwan's independence" means war. On June 1, Chinese President Xi Jinping pledged complete reunification with self-ruled Taiwan and vowed to smash any attempts at formal independence for the island.

However, the United States has also affirmed that it could 'absolutely' defend Taiwan from a potential Chinese attack if asked to do so. However, he too said that he does not expect China to attempt to seize Taiwan in the next 24 months. However, Milley added that if Beijing attacks the self-governing island, then the US forces “absolutely have the capability” to defend Taiwan, “no question about that”. He added that it is up to the White House to decide if the United States wants to intervene if China sought control of the island.