US climate envoy John Kerry arrived in Tokyo on August 31 for talks with Japanese PM Yoshihide Suga and other officials on cooperation on the climate crisis. 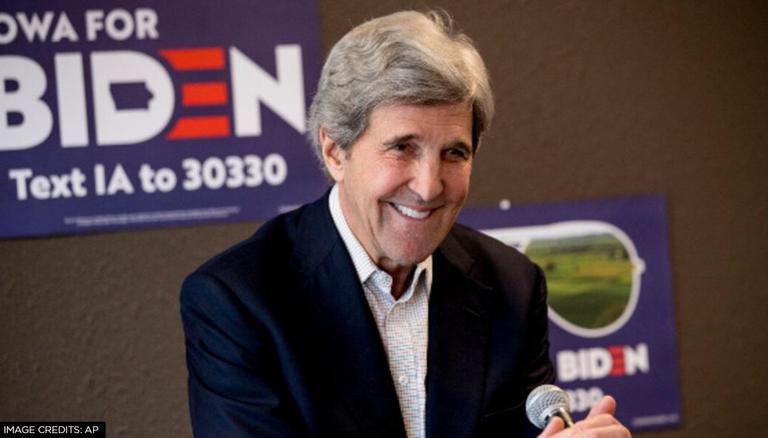 
US climate envoy John Kerry on August 31 arrived in Tokyo for talks with Japanese PM Yoshihide Suga and other officials on cooperation on carbon emissions and cutting support for fossil fuels, especially coal, before heading to Beijing. According to a press release, the talk between Japan and the US will be to engage with international counterparts on efforts to address the climate crisis, the State Department said. Kerry will also fly out to China for more climate talks.

“The Special Envoy’s travel bolsters the United States’ bilateral and multilateral efforts to raise climate ambition ahead of the 26th Conference of the Parties (COP26) to the United Nations Framework Convention on Climate Change (UNFCCC), which will be held October 31 to November 12, 2021, in Glasgow, United Kingdom,” the press release read.

In Tokyo, discussions are likely to focus on the country's continued support for coal, the dirtiest fossil fuel. He will meet Japanese officials to discuss efforts to drive collective climate action ahead of COP26. The leaders are likely to also discuss plans by the Asian Development Bank to organize and develop a scheme to acquire coal-fired power plants and shut them down early.

In China, Kerry is expected to look at building on commitments he helped secure during his visit in April when the two countries agreed to cooperate in curbing climate change with urgency. It is worth noting that China has vowed to “enhance ambition” on curbing climate change, and is set to announce new measures before the end of the year. The US Special Presidential Envoy “will continue discussions on key aspects of the climate crisis, as outlined in the US-China Joint Statement Addressing the Climate Crisis from April 17, 2021,” the press note said.

Meanwhile, during a visit to the UK last month, Kerry had called on global leaders to work together and accelerate actions needed to curb rising temperatures to no more than 1.5 degrees Celsius over pre-industrial levels. He had even urged China to join the US in urgently cutting carbon emissions. The Biden administration has sought cooperation with US opponents and competitors on climate despite sometimes hostile relations on other matters.