US: Democrats Pass Vaccine Mandate Hoping For Majorities In 2022 Midterms 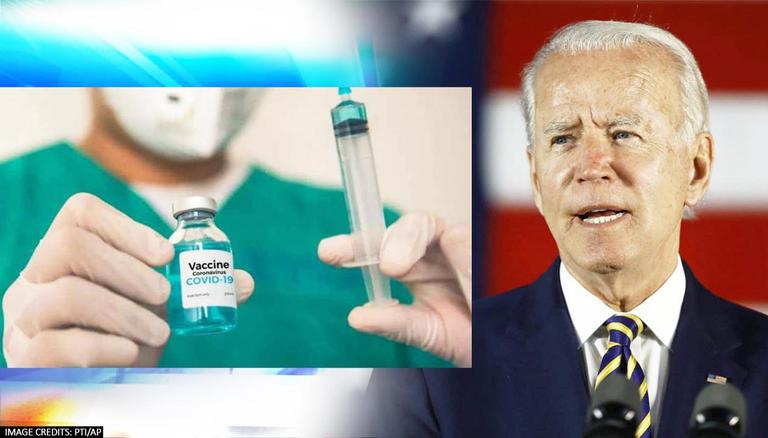 
Democrats have built a political momentum out of the COVID-19 vaccine mandate heading into the next year’s midterm elections as contentious rhetorics with the Republicans over individual rights intensified on Sat. 18. As Manchester witnessed Rep. Jess Edwards R-Auburn at this week’s anti-vax rally in defence of people’s choices to administer the jab, the right-leaning protesters chanted “we’re not going to comply” referring to Biden’s recent vaccine mandate on businesses. GOP governors, meanwhile, prepared to slap a lawsuit on Sept. 18 as New Hampshire’s Gov. Chris Sununu slammed US President Joe Biden for his “campaign for Senate in 2022,” newscast footages by local WMUR revealed on Saturday.

Last week, US President Joe Biden announced mandating the COVID-19 vaccine as well as weekly testing for over 100 million Americans. The Dems passed a regulation that made it compulsory for all employers with more than 100 workers to make sure that the staff was jabbed against the novel virus in an attempt to curb the spread. The mandate was made applicable for health care workers and federal contractors. Slamming America’s hesitant, unvaccinated population, President Biden said at a White House briefing: “We’ve been patient. But our patience is wearing thin, and your refusal has cost all of us.” He then added, that the “unvaccinated minority can cause a lot of damage, and they are.”

Republicans derided Democrats for enforcing the emergency ruling on private federal companies, workers and employees as Gov Henry McMaster of South Carolina criticized “Biden and the radical Democrats” of “thumbing their noses at the Constitution.” GOP widely condemned Biden’s vaccine mandate as an infringement of constitutional liberties and individual rights while Dems hope that the measure that is blue states public demand help them garner a sweeping congressional majority in the elections next year.

“This is going to be a referendum on the pandemic,” Hill quoted New Mexico Gov. and the chairwoman of the Democratic Governors Association Michelle Lujan Grisham, as saying, referring to the 2022 midterms and California’s recall elections.

California Gov. Gavin Newsom, a Democrat, survived a GOP-led recall election on Tuesday, September 14 defeating the GOP-backed effort to topple him from the governance. Newsom addressed Californians, as he thanked them for rejecting the Republican-led recall effort as the White House and Democrats looked towards sweeping majorities in the 2022 midterm elections. Gov. Gavin Newsom’s bid for 2022 has also strengthened with more than $71 million in his account raised by an “online army” of volunteers according to several reports. I’m looking forward to that same effort ... in the midterms,” Grisham told The Hill. Newsom’s campaign efforts to snub the GOP recall have also encouraged the Democrats to resort to stringent pandemic control measures. About 80 per cent of Democrats back the plan to mandate COVID-19 vaccination, an estimate listed by Morning Consult suggests.

WE RECOMMEND
US Secy Blinken says Washington 'would stand with people of Hong Kong', then deletes Tweet
US court abolishes Trump-era H-1B restrictions on visas; Here's all you need to know
Democrats tackling flash points of taxes, health, climate
US President to hold conference on COVID-19 on sidelines of UN General Assembly Session
'Destroyer of peace': China slams US as its warship sails through Taiwan Strait