As the US is witnessing a surge in fuel prices, former US President Donald Trump has blamed POTUS Joe Biden for instigating a significant increase in fuel price 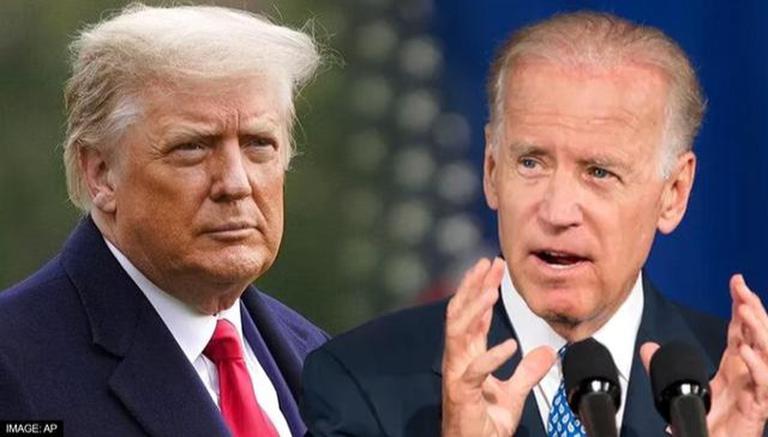 
As the United States confronts a surge in fuel prices, former US President Donald Trump has blamed POTUS Joe Biden for instigating a significant increase in fuel prices before the onset of the Ukraine war. On Saturday, Trump was addressing a rally in Selma, North Carolina, where he stated, "What's happening is unthinkable. Remember energy independent? We had so much we would have been double the size of Russia and Saudi Arabia put together within one year."

The former US President claimed that during his Presidency, the cost of fuel in the United States was less than $2 per gallon. He went on to add that Biden's energy proposals, inspired by the socialist joke known as the Green New Deal, pushed gas prices soaring long before the invasion in Ukraine. He also said that oil prices are at an all-time high, and the Biden administration intends to acquire oil from Iran and Venezuela. US citizens are switching to smaller cars due to the price surge in gasoline, he added.

National fuel prices in the United States have been soaring over the past month, owing to the Russian military operation in Ukraine and the ensuing sanctions upon Moscow. Earlier last week, the Biden administration stated that over the next six months, it will release a record 1.0 million barrels per day of oil from the US Strategic Petroleum Reserve (SPR) to alleviate a worldwide supply shortage, with a total of 180 million barrels released to the market to boost supply.

In the meantime, at the Selma rally, Trump also blamed Biden for opening the 'floodgates to immigrants' by eliminating Title 42 border entry limitations, reported Daily Mail. With the number of migrants arriving at the southern border on the rise, he slammed Biden's handling of immigration, especially his decision to withdraw a public health limitation that had been used to promptly deport immigrants who had crossed the border illegally. He said that by announcing last week that the US administration will repeal the critical Title 42 protections, Biden is wilfully opening the floodgates to a tidal surge of illegal immigration the likes of which the world has never seen before. For the unversed, Title 42 is a policy allowing Customs and Border Protection to deport migrants without allowing them asylum.