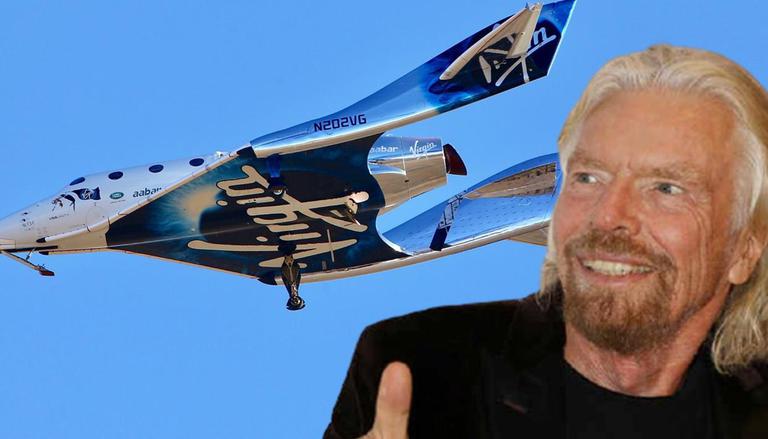 
Following the July 11 crewed flight mishap, the Federal Aviation Admission (FAA) has suspended all the upcoming Virgin Galactic spaceflights until further notice. The announcement came as a "safety" measure after the administration launched a probe into the matter to discover the reason behind the spaceplane's deviation from the planned trajectory on July 11. The July 11 spaceflight carried the company's billionaire founder Richard Branson along with 5 other crew members to the 'edge of the space.'.

"Virgin Galactic may not return the SpaceShipTwo vehicle to flight until the FAA approves the final mishap investigation report or determine the issues related to the mishap do not affect safety,"  FAA said in a statement.

According to FAA, the spaceflight to the edge-of-the-space went off its stipulated path for a total of 1 minute and 41 seconds. Nearly a minute into the space trip, the flight blared a red warning light from its dashboard, which indicated its off route descent, FAA added. At about twenty miles in the air above the White Sands Missile Range, in New Mexico, two mishaps occurred as the spacecraft pulled itself against gravity at more than twice the speed of sound.“The flight did drop below the altitude of the airspace … for a short distance and time (1 minute and 41 seconds)," Virgin Galactic confirmed.

"The FAA is responsible for protecting the public during commercial space transportation launch and reentry operations. The FAA is overseeing the Virgin Galactic investigation office July 11 SpaceShipTwo mishap that occurred over Spaceport America, New Mexico. SpaceShipTwo deviated from its traffic control clearance as it returned to Spaceport America," FAA said in a statement.

Following the FAA announcement, Virgin Galactic said that it is "working in partnership with the FAA to address the short time that the spaceship dropped below its permitted altitude during the Unity 22 flight." The commercial spaceflight company also acknowledged tr severity of the mishap and said, "We take this seriously and are currently addressing the cause of the issue and determining how to prevent this from occurring on future missions." Meanwhile, Virgin Galactic, in its statement, also highlighted the fact that the Unity 22 flight made a successful landing at the New Mexico Spaceport without any "danger." "At no time did the passengers and crew put in any danger as a result of this change in trajectory, and at no time did the ship travel above any population centres or cause a hazard to the public," the statement said.

Our next test spaceflight, #Unity23, will be our first commercial research mission. Flying aboard VSS Unity will be three Virgin Galactic crew and two @ItalianAirForce Officers and a research specialist from @CNRsocial_. Learn more; https://t.co/VzMJqvbNx4 pic.twitter.com/sbvk4XY1sK

Before the announcement of the FAA-backed probe into the July 11 incident, Virgin Galactic on September 2 announced its first human-tended research mission to space. "The “Unity 23” mission will be the 23rd flight for VSS Unity and will carry three paying crew members from the Italian Air Force and the National Research Council," said a statement released by the spaceflight company. Talking about the goal of the mission, Virgin Galactic said that the crew will "evaluate and measure the effects of the transitional phase from gravity to microgravity on the human body." Additionally, other payloads on board "will study the effect of the microgravity environment on a range of chemical and physical properties," it added. Furthermore, the mission also aims to produce insights relevant to current and future spaceflight systems and technologies by testing and evaluating physiological and technological responses in sub-orbital flights.