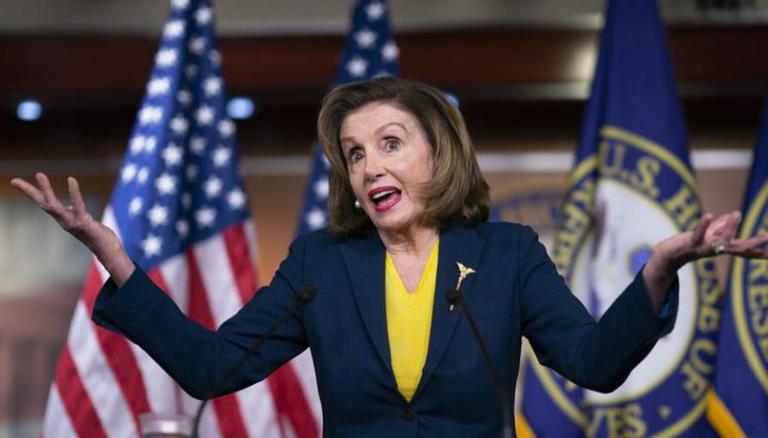 
Due to the looming labour shortage in America, farmers in the US state of Florida require illegal immigrants to "pick the crops," House Speaker Nancy Pelosi said on Saturday, sparking a widespread backlash. The California Democrat was asked about the spilling migrant situation at the US southern border of Mexico, to which she agreed that there was a need for "a comprehensive immigration reform" but added, they were needed to pick the crops. Pelosi cited the labour shortage, saying "we have a responsibility to secure our border, we also have a responsibility to recognise the importance of newcomers to our nation."

US House Speaker went on to point out that the workforce shortage could have a dire impact on the overall economy. “You see even in Florida some of the farmers and the growers saying, ‘Why are you shipping these immigrants up north?  We need them to pick the crops down here,” Pelosi claimed. "Right now, the best thing that we can do for our economy is comprehensive immigration reform," she said, indicating at amnesties for illegal immigrants that are already in the US.

PELOSI: "We have a shortage of workers in our country, and you see even in Florida, some of the farmers and the growers are saying, 'Why are you shipping these immigrants up north? We need them to pick the crops down here.'" pic.twitter.com/iTy9TdGr7a

While Pelosi did not elaborate on her stance about the immigrants, just recently, Florida's Republican governor Ron DeSantis sent two planes of migrants from Texas to Martha's Vineyard in Massachusetts, in an apparent defiance to President Joe Biden's migrant policies. Other Republican governors Texas' Greg Abbott and Arizona's Doug Ducey have also sent migrants to the Blue states such as New York and Washington DC. Pelosi's remarks were met with contempt as Arizona Rep. Andy Biggs wrote, “It’s clear Pelosi and Democrats are exploiting illegal aliens and only view them as cheap labour.” Several others blasted Pelosi for stereotyping the migrants as "crop pickers."

US House Speaker Pelosi, earlier last month, requested President Joe Biden to nominate her to be ambassador to Italy should the Republicans regain the House majority in November's midterm elections. Eyeing the spot as empty, Pelosi intended to ask the President to nominate her to the position, and the latter has been holding the seat vacant for the speaker, FBN reported. Biden has refrained from filling the designation with any Senate-confirmed ambassador to Rome since ex-Republican President Donald Trump’s envoy, Lewis Eisenberg, stepped down from his role last year on January 4. Villa Taverna, the official residence in Rome, has since been occupied by Chargé d’Affaires Shawn P. Crowley, and Thomas Smitham. Pelosi, who is of Italian descent herself, has shown interest in holding the role after the November elections if it likely brings a Republican majority.