The medicine is intended to boost the ability to detect more ovarian cancerous tissue during surgery, which is otherwise difficult to detect. 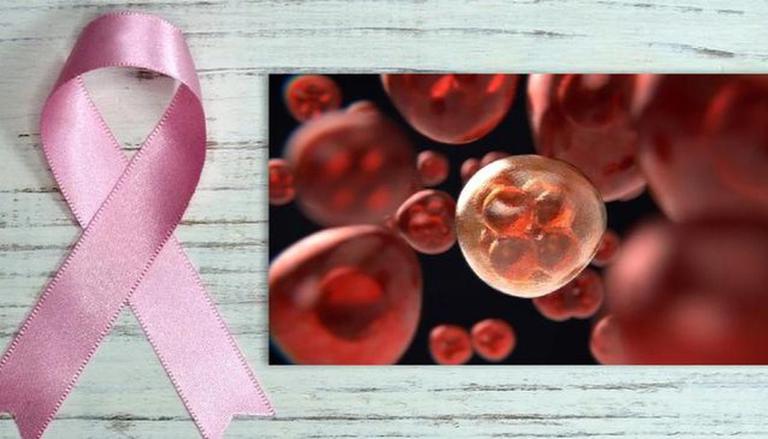 
On Tuesday, 30 November, Cytalux (pafolacianine), an "imaging drug" developed to help surgeons detect ovarian cancer cells, was approved by the US Food and Drug Administration (FDA). In a press release, the federal agency stated that the medicine is intended to boost the ability to detect more ovarian cancerous tissue during surgery, which is otherwise difficult to detect. Cytalux is used to help locate malignant tumours during surgery in adult patients with ovarian cancer. The drug is a diagnostic agent that is given as an intravenous injection before surgery.

Ovarian cancer causes the body to overproduce a protein called a folate receptor, which is found in cell membranes. Cytalux binds these proteins and glows under fluorescent light after being injected, making it easier for surgeons to spot cancerous cells. To identify cancer lesions, surgeons currently rely on preoperative imaging, visual evaluation of tumours under normal light, or examination by touch. However, Cytalux is paired with a Near-Infrared fluorescence imaging system that has been certified by the FDA for pafolacianine-specific use. According to the American Cancer Society, ovarian cancer caused more than 21,000 new cases and more than 13,000 fatalities in 2021, making it the worst of all female reproductive system cancers.

A randomised, multi-centre, open-label study was conducted to determine the safety and effectiveness of Cytalux. It analysed women diagnosed with ovarian cancer or with a high clinical suspicion of ovarian cancer who were scheduled to have surgery. During surgery, 134 women, aged between 33 to 81 years, were given a dosage of Cytalux and examined under both normal and fluorescent light. The findings noted that  26.9% of the patients had at least one cancerous lesion detected that was not observed by standard visual or tactile inspection, stated FDA in its release.

READ | WHO to collaborate with survivors, celebrities to raise awareness on Cervical Cancer

Surgery to remove as many tumours as feasible, chemotherapy to block the growth of malignant cells, or other targeted therapy to identify and destroy specific cancer cells are all common treatments for ovarian cancer, the FDA stated in the release. According to Alex Gorovets, deputy director of the FDA's Center for Drug Evaluation and Research's Office of Specialty Medicine, the FDA's approval of Cytalux can help surgeons detect dangerous ovarian cancers that could otherwise go undiagnosed. "Cytalux provides health care professionals with a new imaging strategy for patients with ovarian cancer by enhancing current methods of detecting ovarian cancer during surgery," he stated in the release.

WE RECOMMEND
US Food and Drug Administration panel backs Merck & Co's COVID-19 pill Molnupiravir
US: CDS to tighten testing requirements for foreign travellers amid Omicron scare
Pfizer to seek US' approval for COVID-19 vaccine boosters for ages 16-17: Report
US asks Russia to stay away from Ukraine, warns of 'serious consequences'
US FDA officials to seek advice from experts on safety of Merck's COVID treating pill