US Federal Court on November 12 declined to lift its stay on the President Joe Biden administration’s vaccine mandate for businesses with 100 or more workers. 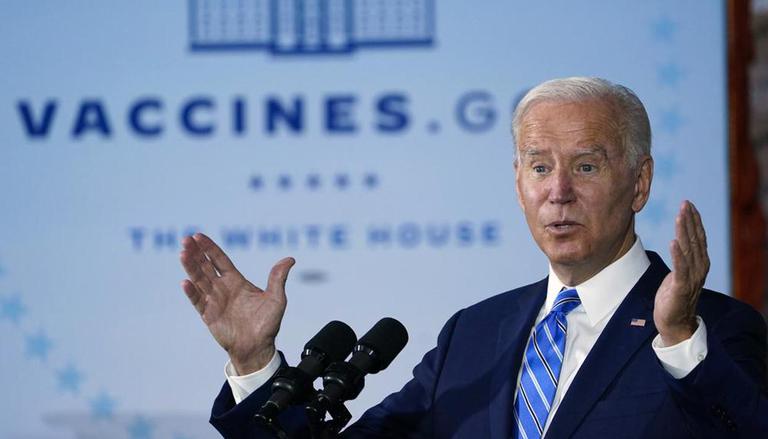 
A United States federal court on Friday, November 12 declined to lift its stay on the President Joe Biden administration’s vaccine mandate for businesses with 100 or more workers. The New Orleans-based 5th United States Circuit Court of Appeals granted an emergency stay just last Saturday over the federal government’s call for those workers to be vaccinated by January 4 or face mask requirements and weekly tests. According to AP, the lawyers for the Justice and Labor departments filed a response on Monday in which they said that the temporary stay on the mandate from coming into effect would only increase the COVID-19 pandemic.

The lawyers also said that stopping the mandate would “cost dozens or even hundreds of lives per day.” however, the appeals court on Friday rejected the argument and Judge Kurt D Engelhardt wrote that the halt “is firmly in the public interest.” As per AP, Engelhardt wrote, “From economic uncertainty to workplace strife, the mere spectre of the Mandate has contributed to untold economic upheaval in recent months.”

On Saturday, November 6, the US Court of Appeals for the Fifth Circuit said that multiple petitioners opposing the mandate had raised “grave statutory and constitutional issues” and granted a temporary hold on the program. The petitioners include five conservative US states along with several private employers and other religious groups. They have questioned the federal government’s authority to issue a nationwide order regarding COVID-19 vaccines.

United States President Joe Biden’s administration on November 7, defended its COVID-19 vaccine mandate for large firms in the country despite an ongoing court challenge that has temporarily frozen the program. While speaking on ABC talk show ‘This Week’, US Surgeon general Vivek Murthy said that Biden and his administration would have not introduced the requirements regarding the vaccine against Coronavirus if they didn’t think they were “appropriate and necessary”.

Murthy said, “The president and the administration wouldn't have put these requirements in place if they didn't think they were appropriate and necessary. The administration is certainly prepared to defend them.”

Meanwhile, White House chief of staff Ron Klain said that he was “quite confident” that the mandate would be upheld while citing the earlier court rulings that upheld the state-level mandates. He told NBC’s ‘Meet the Press', “It’s common sense.” The federal mandate in the centre of the controversy in the country is introduced to push millions of workers at businesses with over 100 employees into getting COVID-19 jabs or being subjected to weekly testing. The mandate is also designed as one of the most crucial efforts by the Biden administration to stem the COVID-19 pandemic under control.

WE RECOMMEND
US: Biden's infrastructure bill provides $7,500 tax credit to buyers of electric vehicles
US: Donald Trump says he is ready to talk to President Biden if it 'could help' country
China's Prez Jinping expected to invite Joe Biden to 2022 Beijing Winter Olympics: Report
US-China Summit: Biden will not hold back concerns Washington has with Beijing, says Psaki
US: Joe Biden sparks social media fury after calling Satchel Paige as 'great negro'; Watch